Posted on February 4, 2017 by xaviertrevino

The title comes from Winston Churchill’s speech to the House of Commons on June 18, 1940 in anticipation of The Battle of Britain. Also known as the “Finest Hour” speech.

The lead up to that phrase is about sinking into the abyss of a new dark age, in the event that Germany won the war. I thought about calling this post that, The New Dark Age, but reading the full speech yielded lights of perverted science, and that makes more sense when talking about a person who invents his own reality.
My wife Danusia has taken Mr. Trump’s presidency very hard. So have a lot of my friends, judging by the Facebook and Twitter traffic I’ve seen the past couple of months. And yes, it’s bad. It will be bad for us and bad for the country as a whole, and it will be bad for those people who voted for Mr. Trump and gleefully reveled in his surprising win. More on that later.
I just watched a documentary about Mr. Trump made in 1991 called Trump: What’s The Deal? It is said that Mr. Trump found it so unflattering that he sued to try and stop its release. It was very revealing, and in it out of Mr. Trump’s mouth he actually talks about his addiction, “I don’t smoke, I don’t drink or do drugs, there are some things I don’t want to talk about, but I have to say, addiction can be positive.” Well, if addiction can be positive I must have missed something along the way.

Mr. Trump did a lot of real estate deals in the 80s where he basically lied and bullied his way through, in terms of getting financing and convincing investors to invest. He never uses his own money in case everything goes south. Only his investors lose.
He famously bought the Commodore Hotel directly east of Grand Central Station in 1980 by claiming he already possessed the rights to the investor, the Hyatt Corporation. They put up the money and Mr. Trump made a lot of money on a lie. He later called it “truthful hyperbole.”
Which brings us to the present, to Kelly-Ann Conway’s “alternate facts.”
“Truthful hyperbole”, and “alternate facts”, is what normal people call lies.
But these are not normal people.
Why is Kelly-Ann Conway not out of a job? Where’s the famous “you’re fired?” After all, her Bowling Green Massacre fiasco makes her, and by extension her boss look stupid. And Mr. Trump does not like to look stupid.

Mr. Trump is the epitome of the insecure, thin-skinned bully in constant need of the spotlight. He can dish it out but he can’t take it.

The other night I watched a show on PBS, Hunting ISIS. In it a reporter (Iraqi) is embedded in a unit clearing out Mosul house to house in recent months. There is a scene in which the Iraqi government forces storm a home, which contains a couple of older men, a few women of various ages, and a bunch of children. They are all herded into a big room, presumably the family room. The men and a couple of the women hold white flags, and they are all cowering in fear.
The eldest of the woman, a middle aged woman in a traditional Habib addresses the soldiers. “There is no ISIS here”, she declares, hands shaking. That was what I couldn’t stop watching. The white flag in her hands shaking uncontrollably, thinking she may be killed any moment.
I described the scene to Danusia as we lay in bed later that night, after she spoke of her fear and loathing of the Trump Presidency.
“He thrives on fear, chaos, and hatred”; I said. If you give into his menace, he wins. This is what he wants, to live in the hearts of the people that hate him, to make us cower and shake. Because it is attention, and we know how he craves attention. I will not live in fear, and I will not cower. I may suffer some, but I know I will not have to shake like that woman in the video, because we have a long way to go to outright civil war in this country.
I will do what I have been doing, making the phone calls, writing about it, encouraging my friends in despair.
There is strength in numbers, and we have to stick together. But we cannot be afraid, and we need to use dialogue, rather than hatred to get out of this. Because if we hate, we become just like him and he wins. He will point and say, “I told you so.”
Back to what I said before, referring to that other man who gleefully took over a country. He was a man prone to truthful hyperbole too, and he had his own Kelly Ann. 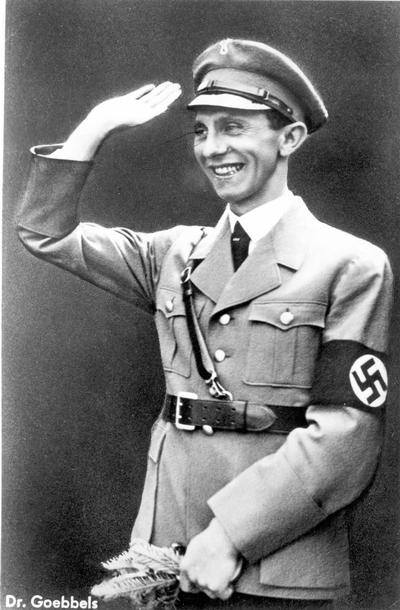 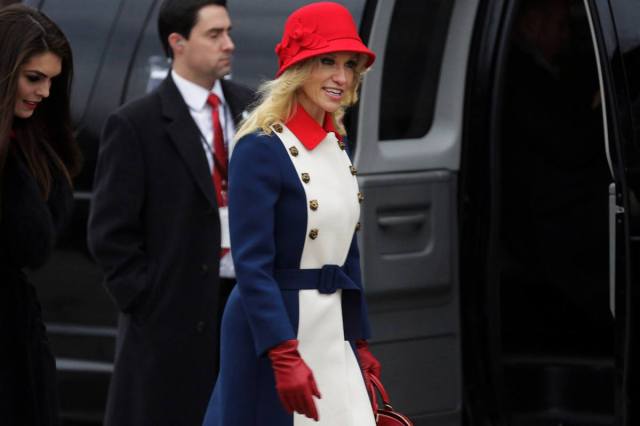 After he lost all of those people who supported him suddenly denied him, but since he was dead by then it didn’t hurt his easily hurt feelings. World War Two came about basically because of the hurt feelings of an entire nation and a man who was able to harness that.
There are a lot of people in this country who had hurt feelings, the people who felt they’d gotten the shit end of the stick from the liberal “elites” in Washington, and there is something to that.
I voted for Hillary, but I can never get away from the fact that she is one of the elites. What the people who voted for Mr. Trump will one day come to see is that he too is one of the elites, and they will always be on the bottom, getting the “shit end of the stick.”
Hopefully by the time that happens this social experiment will be over, and some of the elites will find a way to include the “disenfranchised” in a way that doesn’t require a healthy dose of fear and hatred

I like to write, take things apart and put them back together. Also our cat Snookie, turtles, and my lovely wife Danusia.
View all posts by xaviertrevino →
This entry was posted in Politics, Uncategorized and tagged addiction, Donald Trump, fear, Finest Hour speach, hatred, Hitler, Hunting ISIS, low self-esteem, Trump: What's the Deal?, Winston Churchill. Bookmark the permalink.

2 Responses to LIGHTS OF PERVERTED SCIENCE