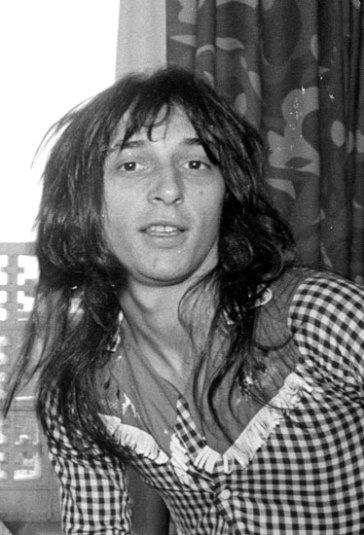 John Genzale, AKA Johnny Thunders died 23 years ago on April 23,1991. I read about it in the Village Voice, a few days after it happened. I don’t even know if it made the New York papers, as it happened in New Orleans.

Of course if it happened today it would be all over the Internet and there would have been a memorial concert by the weekend. There was a memorial in 2001 at CBGB’s, and I did go to that. Joy Ryder played, as did others. Buddy Bowser arrived late, as usual. While never an official member of the NY Dolls, Buddy Bowser often played sax for them on a few songs, like Give Her A Great Big Kiss and Human Being. It was apropos that he played at the Johnny tribute.

I saw the NY Dolls for the first time New Year’s Eve 1972, in the Oscar Wilde room at the old Mercer Arts Center. I still have the program somewhere, I couldn’t find it to put in this post, but I remember that The Modern Lovers were also playing in another room. I missed them.

I went because I’d seen little ads in the Voice saying: “Come play with the New York Dolls,” and a little picture of what appeared to be drag queens. I had a big hippie afro at the time and was wearing jeans, tee-shirt, sneakers and an old army field jacket at the time, and felt terribly out of place. I went with my friend Richie and his girlfriend Diane, and the three of us dropped acid and used Quaaludes to smooth out the trip.

The Oscar Wilde room was a round, and I somehow found myself up on the stage, behind the lead guitarist’s amp. He was a little Italian guy (I could tell) with a huge bouffant of feathered black hair, sort of like Keith Richard’s hair but bigger.

He played with his back to the audience, which meant he was looking at me a lot of the time. He didn’t look happy that I was standing by his amp, and kept coming over to adjust the dials on the amp head. After a while I made my way down to the floor and around to the front of the stage to watch the singer, a tall skinny guy in spandex pants and high-heeled boots. They were all wearing high-heeled boots and I felt really underdressed in my dirty white converses.

Of course I became a fan, and probably went to Hair Power on St. Marks place the very next day and said, “Feather my hair.” I bought high-heeled shoes and tight jeans and blousy-looking shirts. I wore eyeliner and mascara and on occasion even nail polish. And the spring-summer of 1973 I went to every NY Dolls show I could, from basements in the Village to the Coventry out on Queens Blvd. where a weird band called Kongress would open for the Dolls. I saw the Miami’s open for them, my friend Tom’s brother was in the Miami’s; I saw The Brats, who’s number included Rick Rivets, who was in an earlier incarnation of the NY Dolls, Actress also open for the Dolls.

I got to attach names to faces, David was the singer, Johnny Thunders was the little Italian guy with the scowl, Artie Kane was the tall quiet bass player, Sylvain Sylvain the rhythm guitarist (the nicest of the bunch, always smiling) and Jerry Nolan the drummer, who a friend of mine knew from the neighborhood. I was in love. 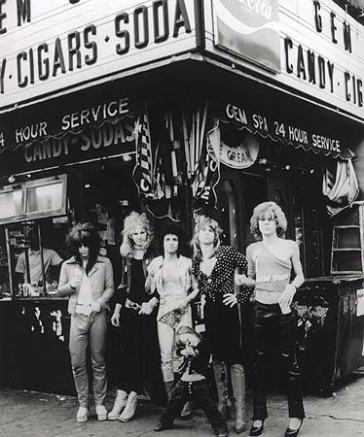 They were signed to Mercury records, and everybody was excited, we all waited with baited breath for the new album so we could listen to the Dolls at home.

The day the album came out Johnny was at Max’s Kansas City with a handful of copies, and he was handing them out to people. I stood around hoping to get one, but he just ignored me. I finally asked for one and he said: “Fuck off, kid.”

I went to the record store and bought one the next day.

I continued to be a fan despite the snub. After all, I was just a kid, not even a hanger-on, or a Warhol star or anything like that. But I was there.

The best thing about their music was the immediate, do-it-yourself sound of unselfconscious Rock and Roll. Johnny’s guitar was raunchy and raw, just a little more jarring than anything I’d ever heard before. David’s voice was very distinct as well, sometimes a foghorn, sometimes a yowl, but always, always, snotty and bratty. I guess that was the thing, we were all spoiled brats and could relate to the whole scene. Gimme, gimme, gimme.

The Summer of ’74 I spent out of town, working in Provincetown, Mass. I did that again in ’75 and got into a relationship with a girl who wasn’t too keen on the NY Dolls, despite her being Irish-Lithuanian she was a disco girl, and cared very little for Rock and Roll. I stopped going to Dolls concerts, and then they broke up.

I missed the Heartbreakers, being involved with the rock and roll hater and drugs and then spending 2 years in the south when I joined the army, but when I got back to New York in 1982 and hooked up with a punk-rock chick, I started catching up.

I bought the single “You Can’t Put Your Arms Around A Memory,” and dedicated it to the disco girl Anna. I still think that’s the most beautiful song Johnny ever wrote.

I bought “Chinese Rocks” because I’d heard Dee Dee Ramone was on it, and that he’d actually written it. The lovely Danusia dated Dee Dee for a while in the early ‘90’s and she said he was none too pleased that Johnny had claimed ownership of a song he’d written. But that’s what junkies do, isn’t it? Take stuff that’s not theirs.

It was no secret that Johnny was a heroin addict, he reveled in it. I remember one night at Max’s, at a party for Iggy Pop that I crashed watching as he and Iggy went into a toilet stall to sniff what I believed to be heroin. I also had a friend who used to work at a shoe store in the Village who said Johnny came in real stoned one day trying to sell him saddlebags he’d had custom-made in London to get money to cop. So I wasn’t too surprised when I read he’d died from a heroin-methadone overdose. At least that’s the official version, but it also turned out that he was suffering from leukemia.

And then there were the teeth. When Johnny started wearing bandanas over his mouth, I immediately thought: his teeth are falling out. Ask any long-term methadone client; it’s not good for your teeth. I speak from personal experience. 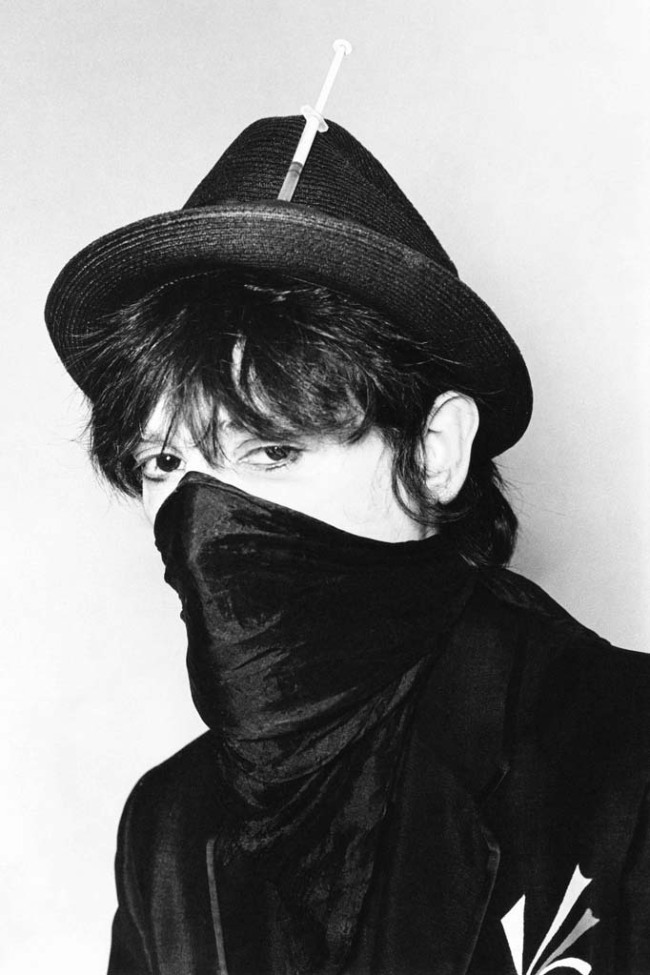 If that syringe doesn’t tell you anything, I don’t know what will.

In the end, he was a brilliant, talented, but shy and sensitive guy who did his best to be hard and tough. The only way he could be hard and tough was with the drugs, and the drugs won. I guess he really believed he was born to lose, and made sure of it.

I like to write, take things apart and put them back together. Also our cat Snookie, turtles, and my lovely wife Danusia.
View all posts by xaviertrevino →
This entry was posted in Uncategorized and tagged born to lose, drug addiction, fear, Johnny Thunders, Max's Kansas City, Mercer arts center, New York Dolls, NY scene in the 70's, shyness, talent, Village Voice. Bookmark the permalink.