Posted on February 27, 2018 by xaviertrevino 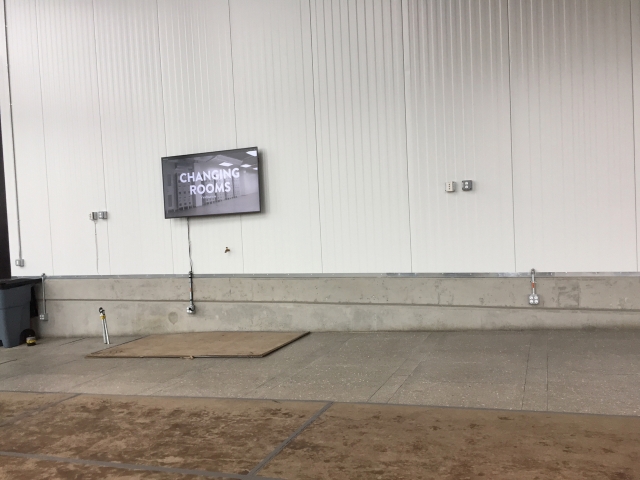 Exactly four years ago this month I was suspended from the job I’d held for seventeen years. It was actually three different jobs, porter, doorman, handyman then doorman again but all at the same place, 144 West 86th Street, in a building managed by the Rudin Management Company. I might have kept the job if I’d fought a little harder, there was a union involved, but I knew the guy I worked for, the guy that recommended to the management that I be fired had a personal grudge and wasn’t going to quit till he got rid of me so I decided to cut my losses and move on.
Not an easy decision- familiarity no matter how uncomfortable is hard to let go, fear of the unknown leads to many an unhappy life. What’s the saying? Better the devil you know than the devil you don’t know.
But how do you know the new devil won’t be a devil at all? Like they say in poker, you have to pay to see the cards. 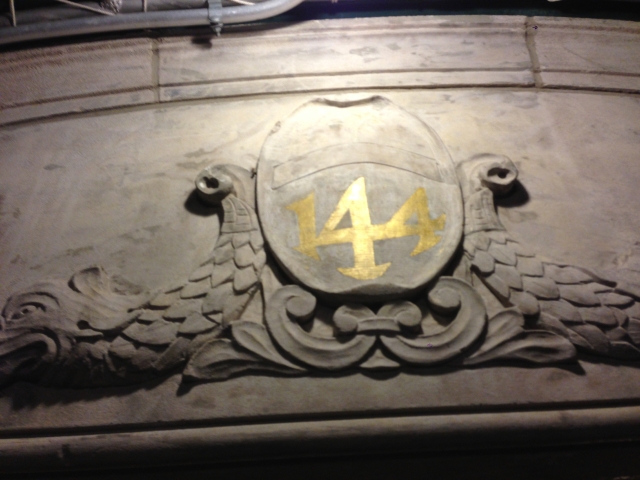 So I paid, I took a walk. I wondered what would come next.
The first year wasn’t bad, I’d socked away enough Christmas money and savings I was pretty comfortable, plus I got six months of unemployment. And with what I had learned working in the building I started doing odd jobs for people. The rent was paid and I ate. I had to stop spending money on clothing I didn’t need anyway, and ate out less. We didn’t go on vacation that year.
The following year I did get a job of sorts- at a place I’ll call the doorknob factory. It was a high-end architectural hardware manufacturer, but in the end what they did was make doorknobs. Very expensive doorknobs, but a doorknob is a doorknob.
Just about all the other employees had engineering degrees; they were all young jock hipsters with the de rigueur three-day’s growth of beard and an apartment in Bushwick. I was hired on as a freelancer and paid less than half of what they got and lasted ten months before the bosses decided I didn’t quite fit in and let me go. When they hired me I had to sign some kind of non-disclosure agreement about writing about them, but that only meant as long as I worked for them. Besides, I’m not naming any names.
I imagine it was to protect the hoity-toity clients that can afford a three-hundred dollar doorknob but the only client of any note was a Lower East Side slumlord that went to jail for being a slumlord extraordinaire.

The view from the doorknob factory.

So since then, they let me go in September of 2016, I’ve been on my own. I applied for and got my meager pension from 32 BJ- less than $500 a month and that went directly for our ever-increasing rent. I did more and more odd jobs, and dug deeper and deeper into my savings the weeks the phone didn’t ring.
Besides painting people’s apartments for cheap I fixed toilets, repaired a vandalized metal sculpture for a friend, built a giant birdcage for another friend and yes, replaced doorknobs. Though what I did at the doorknob factory was more in the way of production than installation. 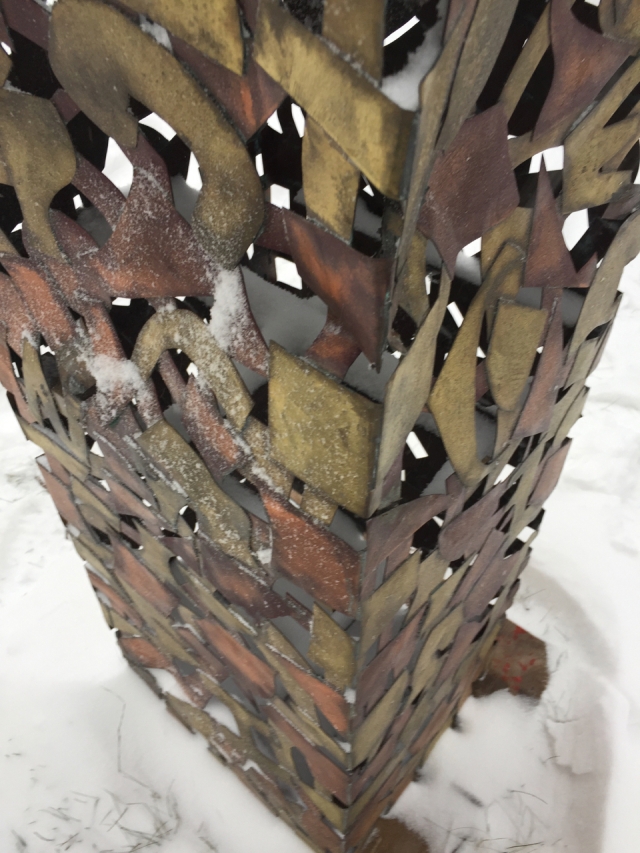 The vandalized sculpture by Sal Romano.

I survived, but there were times when I spent most of my day binge watching TV shows (watched The Sopranos in its entirety again) and scrolling Facebook.
I did spend a lot of time in our community garden this summer, that was something positive, but thanks to my lovely wife Danusia I knew I needed something more permanent, more structure. So I started actively looking for work. 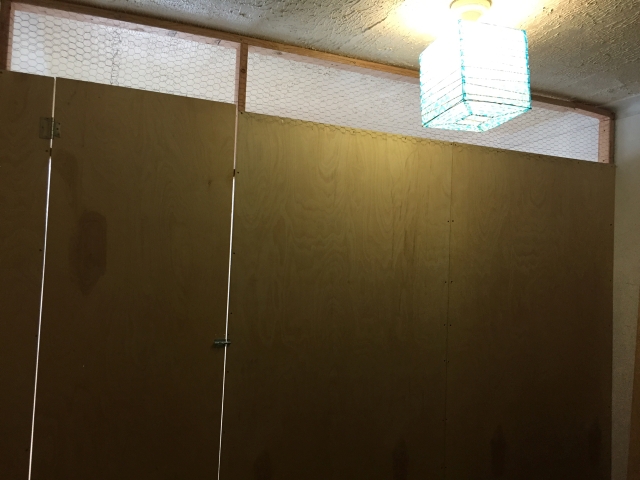 A friend told me about Ziprecruiter, a job listing website. There were other websites, but Ziprecruiter was the only one that yielded any interviews. I interviewed for a handyman job at the new Fresh Direct distribution warehouse in the south Bronx. I interviewed for the same at a white glove maintenance company on the upper west side, and I thought I aced both interviews, but neither called back.
Someone who emailed back about a personal assistant job and said they were out of the country but were sending me a check with my “sign on bonus” almost scammed me. Yeah, right, here’s my routing number. Of course I reported it to Ziprecruiter.
I interviewed for a job as a house painter at same fancy hotel in midtown two weeks ago and I thought the interview went terrible. The first thing the guy asked was why I’d left the job at Rudin. Then he asked me to identify what kind of paint was on the door of the room we were in. All I could really tell him was what the finish was.
So I was surprised as hell when I got a phone call the next day from the very nice HR woman at the hotel telling me they wanted to hire me and was I willing to take a drug test.
Well, I’ve been waiting eighteen years for someone to ask me to take a drug test so I jumped at the chance.
She called last Monday to say I’d passed the test and I went on Wednesday to fill out all my paperwork for my new job. I’m starting tomorrow, so today’s my last day of freedom. I decided to write this post because one of the things that had gone by the wayside was the maintaining of this blog. I wrote a lot more when I had less time than when I had all the time in the world. Something about having nothing to do kind of drains me.
But if you are of a certain age and looking for work, don’t despair. If you are willing you will find work. If a guy like me, who just turned sixty-three last summer can get a new job, so can you. All it takes is some willingness.

2 Responses to BACK TO WORK