THE MYSTERIES OF EVAPORATOR FANS

Posted on February 1, 2018 by xaviertrevino 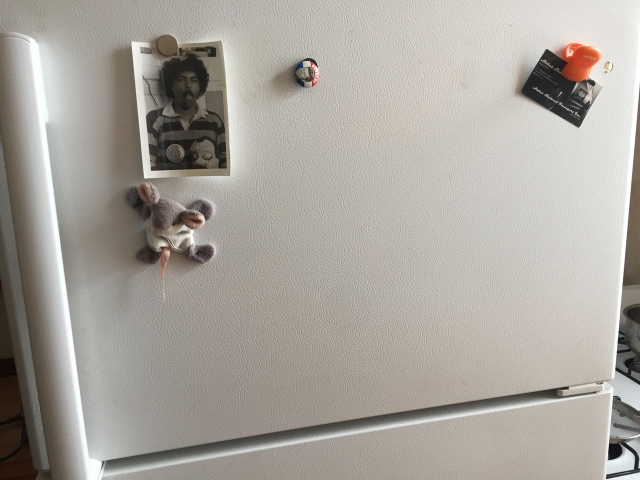 This October, late in the month I was sitting on the couch in the living room watching TV one evening when I heard a loud buzzing sound coming from somewhere. The sound was familiar in a way, but a little strange at the same time. I chalked it up to someone in the building drilling a hole in the wall or something. But the sound persisted, and I got up to investigate.
I went to the window, it didn’t seem to be coming from outside.
Then I went to the kitchen to get a glass of water, and as I entered the kitchen the sound got louder. It was coming from the refrigerator.
When we looked at the apartment three years ago it had a filthy aging one-door refrigerator. It was small, owing to limited space in the kitchen for a fridge and stove. The stove didn’t look as old, but it was even filthier
We told the landlord we would take the apartment if she got us brand new appliances and the fridge had to be bigger. And she agreed.
The new fridge didn’t quite fit in the allotted space, as the built in “breakfast nook” was two inches too long. The super just left it standing in the kitchen in front of the sink.
I called the landlord and she said, “You’re a handyman. Figure it out.”
So I got a hammer and my mini-pry bar and pulled the ugly brown molding off of one end of the breakfast nook, and our brand new GE 15.5 Cu. Ft. refrigerator slid right in. We loved it. It was just big enough for two people.
The one we had in out previous apartment was a big 22 Cu. Ft. fridge, and the freezer was mostly empty despite my penchant for buying meat on sale for cheap and freezing it. It was just too big for two adults.
So we’ve been very happy with the fridge, until that night in late October.
The buzzing sound was coming from inside the freezer. I found that if I slammed the freezer door hard enough, the sound would stop. Sometimes it stayed quiet; sometimes it would start buzzing again right away. But it would always, always buzz when the compressor kicked in for a cycle.
I thought it was amazing that it would go on the blink almost three years to the day of purchase, right after the factory warranty expired.
I could have called the landlord, but being a guy who can fix things I went on line to diagnose the problem. I found one on line article pointing out that this was a common problem in this model GE, after a while the grommets holding the evaporator fan get brittle and the whole thing vibrates when the fan starts. There was also talk of ice on the fan blade, a broken fan blade, or ice on the coils that can be the cause of the sound. 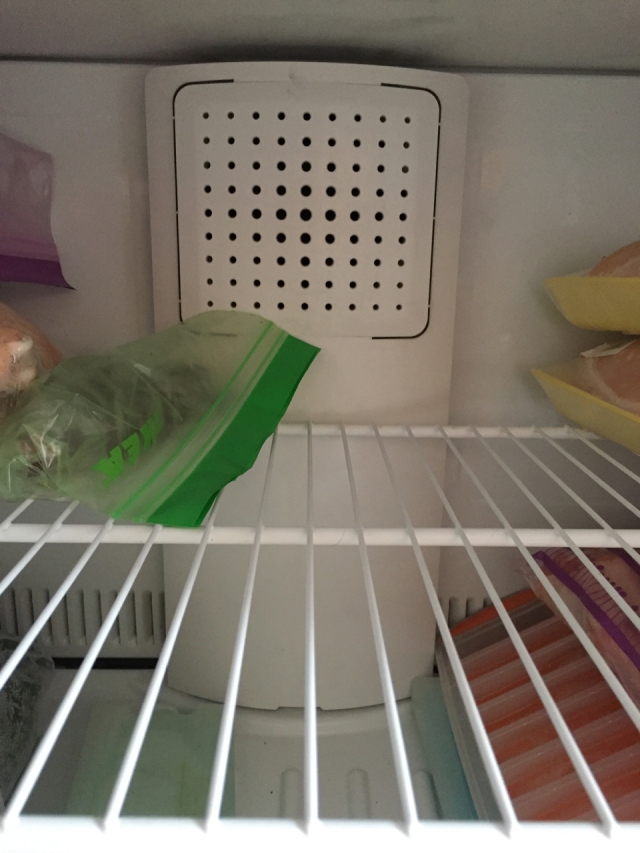 I opened it up, following the instructions on the YouTube video. There was no ice on the fan, and it seemed intact, so the next step was to find and buy the grommets. It looked pretty easy to remove the fan motor and do this, and after all, I’d installed many an icemaker in fridges when I worked in the building.
But Christmas was upon us and fixing the fridge would have to wait.
During our Christmas Eve party one of our Russian guests was in the kitchen when the fan kicked in with its horrible noise.
“There’s a noise coming from your refrigerator,” he said as he unpacked a homemade pear tort.
“Yes I know,” I said.
“I think it’s the fan,” he added. I almost said “no shit” but I mumbled something about fixing it after Christmas.
The day after Christmas after I started my online search for the grommets after getting the model number of my fridge from just inside the door:

After a bunch of Google searches and some phone calls the day after Christmas I found a place called J Appliances up in Washington Heights, a ten-minute bus ride away. They had the grommets.
I took the bus ride up and spent less than seven bucks to get my grommets.
I came home, took everything out of the freezer and took the fan cover and back panel off. I pulled out the fan housing and replaced the grommets. I put it all back together. I filled the freezer with the removed contents and turned the fridge back on. It buzzed.

The buzzing wasn’t as bad as before, but it wasn’t fixed. I shut it down and took off the fan cover. I pulled out the blade.
The fan motor itself was fine; there was no noise when it ran without the blade.
After a careful examination of the fan blade with a magnifying glass I found that the fan blade was missing some tiny little nubs from the hub. The only thing I could think of was that there was some kind of harmonic resonance because of the missing nubs. I put the blade back with the broken side out. 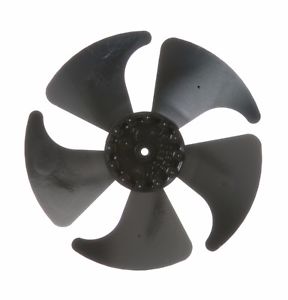 When I turned it on again it still buzzed. I had a job scheduled for that afternoon so I just put it all back together and got my tools and left. I felt really discouraged. I made plans to call J Appliances and find out if they had the fan blade in stock.
When I returned that night I walked into my apartment and heard a sound I hadn’t heard since late October. It was the sound of the evaporator fan running normally. I was happy.
Two weeks later I was standing by the fridge when to fan went on. It started buzzing again. I wanted to open up the kitchen window and throw the 15.5 Cu. Ft GE refrigerator out into the courtyard. But I slammed the door instead. The noise stopped, but as I left the kitchen to go to the living room it started once again.
I gave up worrying about the sound, sometimes it buzzes and sometimes it don’t. Mostly it don’t.
There’s a whole new thing going on which might mean we’ll be moving anyway and won’t ever have to listen to this fridge again. But that’s another story, stay tuned.

I like to write, take things apart and put them back together. Also our cat Snookie, turtles, and my lovely wife Danusia.
View all posts by xaviertrevino →
This entry was posted in do-it-yourself, Uncategorized and tagged do-it-yourself, evaporator fans, frustration, GE refrigerators, home repair, humor, Life, New York apartment living, refrigerators, troubleshooting. Bookmark the permalink.

1 Response to THE MYSTERIES OF EVAPORATOR FANS