MY LIFE IN THE MOVIES 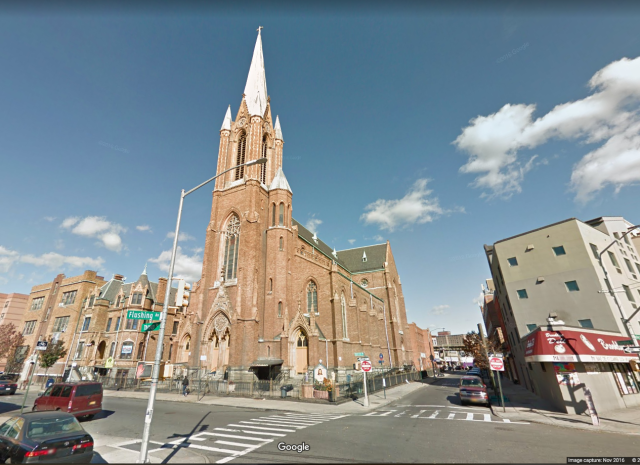 Film Forum is running a series called “Ford to City-Drop Dead. N.Y. in the ‘70s.” It’s 44 films so I won’t name them, I’ll just say I’ve seen most of them, and most of them on the big screen when they were released.
One I didn’t see on the big screen, or ever in its entirety is Mean Streets, Martin Scorsese’s Little Italy classic starring Robert DeNiro and Harvey Keitel. I was psyched to see it for the first time on the big screen.
In 1983 I was working in a shoe store on 6th Avenue and 11th street and living on East Houston Street in the East Village. One morning I was walking to work up 6th Ave near the Jefferson Market library when I saw two fairly zonked-out men trying to hail a taxicab. As I got closer I recognized them, it was Robert DeNiro and Harvey Keitel. I stared as I approached, and just as I got within touching distance a cab pulled up to them. Keitel opened the door and slid in, and as DeNiro started to duck into the car he saw me staring and gave me one of those “whadda you lookin’ at” looks as he slammed the door behind him. I didn’t merit the waste of words. But it’s a look I’ll never forget.
My wife Danusia’s away for a couple of weeks, she’s in a play premiering at Bard, and I’ve been looking for ways to fill the time that don’t include sitting in front of the TV eating. So going to the movies was a great idea.
There were two showings scheduled yesterday, 2:45 and 7:45. I didn’t want to get home really late, so 2:45 was my choice. I made it to the theater just in time, bought my ticket and went to pee before entering the theater. I asked the ticket agent which theater was showing Mean Streets and he pointed- “the first door.”
But there were two doors. Did he mean the first door on the right? Or the left? I chose the first one. The left.
Twenty minutes later the lights dimmed and THE FRENCH CONNECTION flashed on the screen in big white letters. I jolted upright in my seat, and almost jumped up to run next door, to the door on the right. But I thought for a second, that movie had already started, and I’d have to look for a seat in the dark. So I sat back and watched The French Connection for probably the 5th or 6th time. But it has been a while.
In the opening sequence Gene Hackman and Roy Scheider chase a drug suspect up Broadway in Bed-Sty and into an empty lot where they do the whole “pick your feet in Poughkeepsie” routine. When I saw it the first time I recognized both Broadway and the approximate location of the empty lot, only because I recognized Queen of All Saints church and school in the background. My high school sweetheart went to Queen Of All Saints and I would pick her up after school so I was very familiar with the buildings. The church and school buildings are still there, I know because I lived around the corner on Broadway for 8 years not too long ago. Then I realized the empty lot is now occupied by Woodhull Hospital. 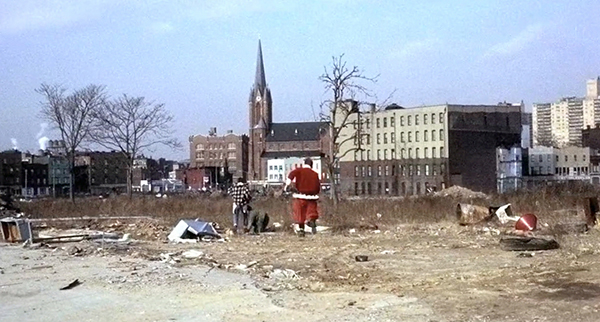 As the movie progressed I recognized Little Italy when they start tailing the drug dealer Sal Boca (Tony Lo Bianco). Then over the Brooklyn Bridge and eventually Bushwick.
The first time I saw the movie I recognized the scenes by the Brooklyn Bridge and Brooklyn Heights, as a kid I’d lived in Boerum Hill briefly. I always thought Sal and Angie’s Luncheonette was near Atlantic Avenue in downtown Brooklyn, but as I watched yesterday I realized it was in Bushwick. I caught a glimpse of Suydam Street and I was now sure, since I spent a lot of time in the ‘90s in Bushwick looking for what Sal Boca was trying to sell in the movie.
Today with geometric logic and a little help from Google maps I found the exact location of Sal and Angie’s, Wyckoff Avenue between Suydam and Hart Streets.
A couple of years back Danusia and I had lunch on Wyckoff Avenue at a new hipster burger place (Fritzi’s) that belonged to a friend’s son. Sal and Angie’s is now Mesa Azteca. 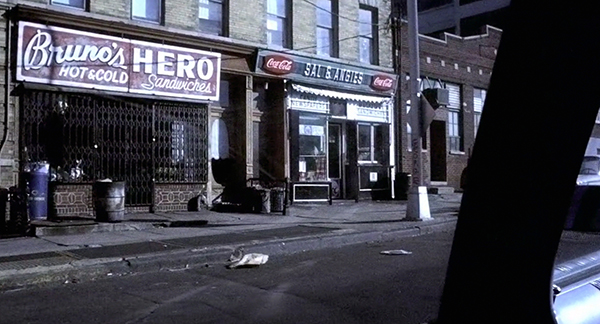 Another insight I had into the movie now that I hadn’t had in 1971 is knowing the actual story, and that made some of the scenes and dialogue laughable. I still like the part where the chemist called Harold calls the stuff “Junk of the month club, grade ‘A’ poison,” when testing the purity. The rest is a lot of crap, including thinking that someone would leave a car loaded with half a million dollars worth of dope parked near Peck Slip without a minder for even a second.
Then there was the improbable assassination attempt on Popeye Doyle in the middle of some Brooklyn projects (Would a white cop actually live in projects? Did Eddie Egan?) And the subsequence car-subway train chase scene. The chase scene is cool though. I didn’t know it, but the train crew on the train were the actual crew, the MTA wouldn’t let an actor drive the train and the actor that was to portray the conductor called in sick and the actual conductor got a speaking (and dying) part. Kudos, my friend.
The only weird part is that the motorman faints when the killer shoots the conductor and the train keeps going! Anyone that’s ever seen The Taking of Pelham 123 know about the dead man’s switch!
But the biggest bone I have to pick with the movie was the depiction of the federal agent in the movie, Mulderig, who gets killed accidentally by Popeye Doyle in the movie.
He’s portrayed as an incompetent guy who thinks Popeye doesn’t even have a case and constantly needles him.
I knew the guy who was the actual Federal Bureau of Narcotics agent who worked with Eddie Egan, and he told me it didn’t go down the way he was portrayed. He was the one who played hide and seek on the crosstown shuttle with the Frenchman played by Fernando Rey. (Who was Spanish, by the way, and didn’t speak the best French) The guy’s name was Frank Waters, and when I met him he was a licensed therapist that ran a therapy group. There was a lot of mutual respect between him and Egan, and the animosity in the script is stuff Friedkin insisted on.
I liked Frank, he was quite a character who was among other things a bartender and then a bouncer at Elaine’s for many years after leaving policing behind.
In they end of course they run that disclaimer about this being a work of fiction and any similarities between real people are merely coincidental, but knowing the truth sort of spoiled the movie for me.
It did capture New York in the ‘70s, though; I’ll give the movie that. But the events depicted in the movie happened in 1961-62. Well, Friedkin didn’t have much of a budget, from what I read.
And one last thing, the Popeye nickname. Some people remember Sonny Grosso saying it was because Egan flexed his muscles like Popeye, but the FBN guys said it was because he spent so much time using binoculars on stakeouts his eyes bugged out permanently. Egan had a bit part in the movie, the supervisor Simonson. Not much of an actor, but check out his eyes.

I like to write, take things apart and put them back together. Also our cat Snookie, turtles, and my lovely wife Danusia.
View all posts by xaviertrevino →
This entry was posted in Crime in NYC, gentrification, New york, Uncategorized and tagged blogging, change, Frank Waters, Mean Streets, Movies, New york, observations, The FrenchConnection, truth. Bookmark the permalink.

1 Response to MY LIFE IN THE MOVIES