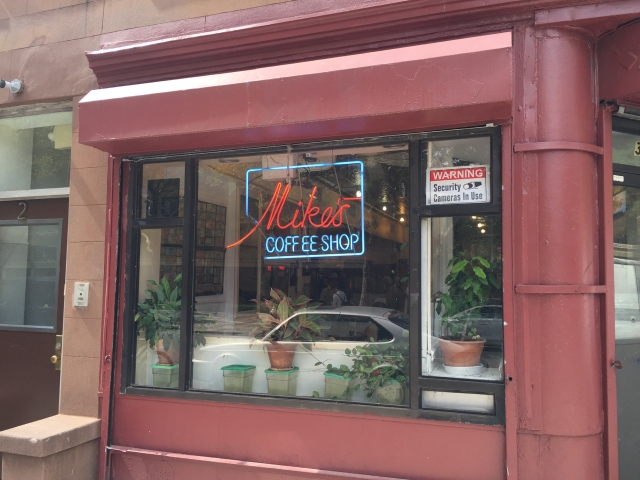 Last week I went back to the Pratt Institute campus for the first time in a few years. After losing the job I had there in 1977 I didn’t go back until a couple of years ago, in 2013 to get my transcripts. I had a vague idea of finally getting my degree. It’s still a little vague.
I went to Pratt, I started in 1972 and was supposed to graduate in ’76, but something in my head went awry and I couldn’t quite finesse it. I did however; work there for a little under two years, for a company called RBH Audio. They were a small company that had the contract to manage Pratt’s audio-visual equipment and the auditorium, Memorial Hall.
I signed out slide projectors, cassette recorders, and other A/V equipment to students. I made their ID cards at registration time. I opened Memorial Hall for events and projected movies on the weekends at the Hall. 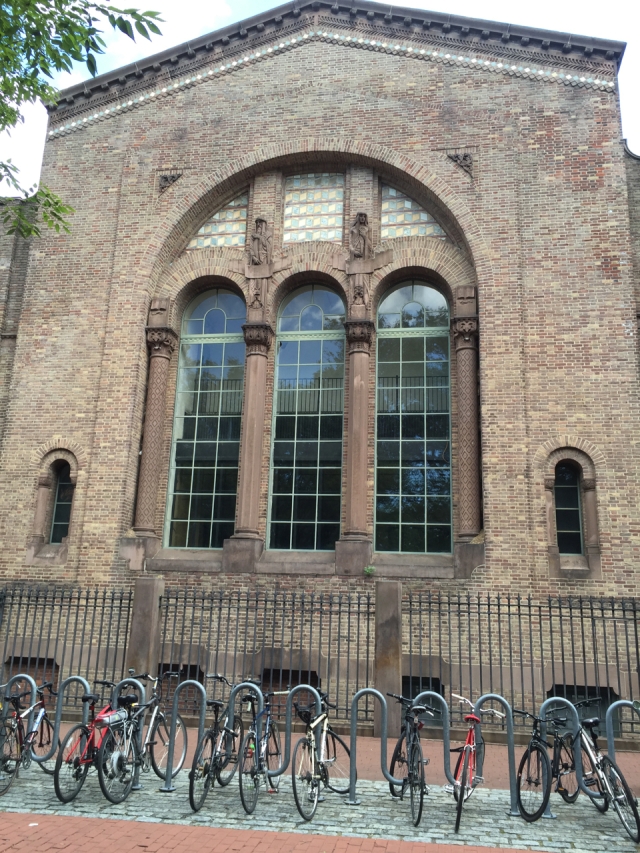 And then we were swallowed up by the film department’s new chairman.
It was a turbulent time in my life, and losing the job at Pratt was the least of my worries.
Besides working there, the Pratt campus was the setting for my first real relationship with a girl, we met on campus as teenagers and used the grassy, bush secluded areas of the campus at night for furtive teenaged necking.
And last week I was back to look on the scene of so many memories, dating to the mid ‘60s, when my mother would take me and my siblings for walks through the grass, and as an adolescent I would climb the fence surrounding the Pratt ball field and play football on real grass until the guards came to chase us out. I could do all of this because I grew up in the Lafayette Gardens houses, catty-corner to the Pratt campus.
The ball field is covered over by what’s known as the ARC building now. It was actually built when I was there in 1974 and the basement became the new home of the Film Department. I was a Film major at the time.
Mike’s Coffee shop is still open on Hall Street, though I’m pretty sure Mike the Greek is no longer around. If you were a regular he would let you run a tab until it got too big, then he’d cut you off. That happened to me; and a friend actually paid my bill so we could have coffee together at Mike’s. I was afraid to go in lest he asked me for his money.
The campus was a pretty dreary place in the ‘70s, just like the rest of New York. The grass was brown and the macadam pathways needed work.
Now it’s a vibrant green space with sculptures all over the place, and that’s what brought me back to the campus.
I’ve been given the task of repairing a collection of copper and brass sculptures made my friend Joyce’s late father, Sal Romano.
There are six pieces in various states of disrepair, mostly failed solder joins. The pieces are basically boxes in various shapes and dimensions made up of many pieces of copper and brass sheet metal shapes bound together by solder and in some cases screws.
One of the pieces looks downright vandalized, weather and time couldn’t bend the metal the way it’s been bent. 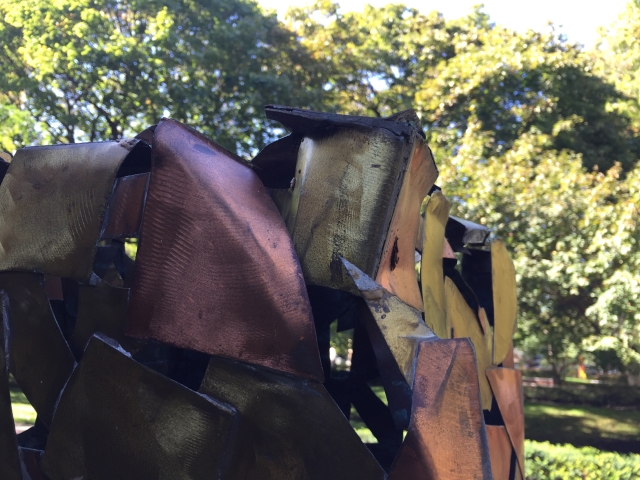 It seemed a daunting task, with so many small pieces to be first cleaned of the old solders and then re-soldered, and pieces that need to be bent back into shape.
But once I got into the swing of it it’s not too bad, just tedious.
The biggest piece, a six by six foot square that must weigh 300 pounds is pretty intact, save for some kind of wild berry bushes growing inside of it. I’ve been instructed to remove the bushes by Jacques, my Pratt liaison. I think I’m going to need a little help with that.
If I had my druthers, I’d leave it, it’s quite beautiful to see nature’s attempt at spacial reclamation.

Of course the first thing I have to do when I reach the campus is head to the bathroom, if you are a regular reader of this blog you know all about my recent surgery and my prostate problems. If not, I have BPH and need to pee often.
So when I get there I pass the cannon at the main entrance, walk up the path to the Main building on Willoughby Avenue where the bathroom is.
I pass by the flagpole where I would meet the teenaged girlfriend every evening those many years ago, and on entering the Main building I pass the door of our old RBH Audio office, just inside the front doors. There is some kind of music class in there now. 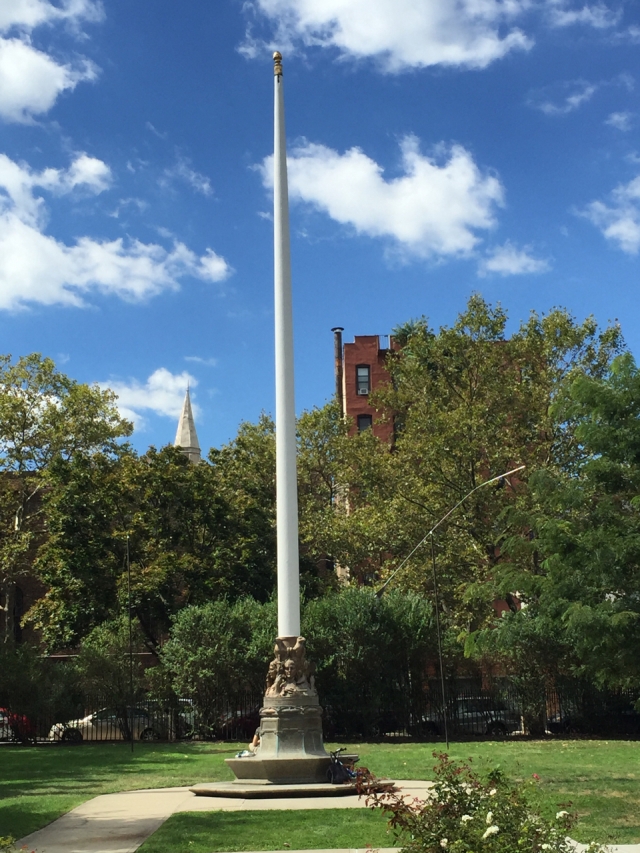 I also pass Memorial Hall, a place I once had the keys to and considered my own personal fiefdom at the age of 23. I would actually hang out in the projection booth by myself and watch 16mm movies. Sometimes I would invite a girl.
And now all I can do is walk by and remember. It certainly is a Memorial Hall to me.

I like to write, take things apart and put them back together. Also our cat Snookie, turtles, and my lovely wife Danusia.
View all posts by xaviertrevino →
This entry was posted in Uncategorized and tagged art, blogging, detours in life, Life, Mamorial Hall, memories, Mike's Coffee Shop, observations, Pratt Film Department, Pratt Institute campus, repair, sculpture, work. Bookmark the permalink.