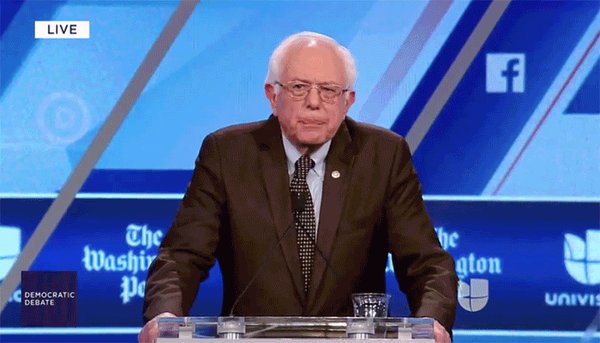 Oh, no, politics again! Well, not really. More like almost apathy.
This morning after getting to work late again courtesy of NYC transit (Thanks again!) I was doing my daily get to work ritual of running into the bathroom to relieve my bladder, my BPH you know, and if you didn’t you do now; well I went to the bathroom and sat (just in case) and scrolled through my emails.
There was one from Songkick, a website that lets you know when your favorite bands are performing and it was about Vampire Weekend.
I’ve liked Vampire Weekend since I first heard them (10?) years ago. They were my very first digital music purchase, from Other Music on 3rd Street.
It felt really weird to pay for a little slip of paper with a redemption code on it, that was it-three or four bucks for a code that let me download three songs, Oxford Coma, Cape Cod Kassawa, and something else I can’t remember.
I love those boys, have the first three albums but have never seen them. I missed them when they were young and new and playing for peanuts in Williamsburg, and I actually lived in Williamsburg at the time. Oh, well. 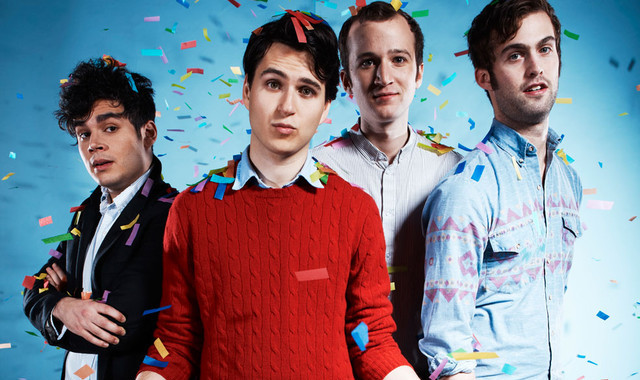 But here was my chance, so I clicked on “Buy Tickets” and was redirected to the Bernie Sanders campaign website. Hmm.
Vampire Weekend, for free, if you can sit (stand actually) for a speech from Bernie Sanders first.
When I first heard of Bernie Sanders last summer I was intrigued, he sounded smart and caring. I even attended a volunteer for Bernie meeting in Washington Heights, I was bored and unemployed and it sounded like a fun thing to do one evening since the wife was out of town. Better than sitting home by myself.
The crowd that was there was a mix, young and middle aged, mostly white, mostly middle class. There were a couple of women in their 60’s festooned with campaign buttons and wore Crocs who can only be described as Red Diaper babies. I didn’t even know what a Red Diaper baby was until I dated one accidentally quite a while back.
Which was I realized was what was wrong with Bernie for me. And probably for most of the serious electorate.
The Socialist word.
I’m not so crazy about Hillary either; she’s about the most inaccessible person in the world, on a par with Al Gore. But she’s a more electable candidate, in my view. I shudder to think of a world with The Donald in the White House, what will he do? Fire everybody?
So the invitation to attend the Bernie Rally and see Vampire Weekend was free, and they were throwing Spike Lee into the mix. Though if I were Bernie, I’d think twice about having Spike around, wasn’t he at all of those games the Knicks lost? I like Spike, but I would think twice about his mojo. 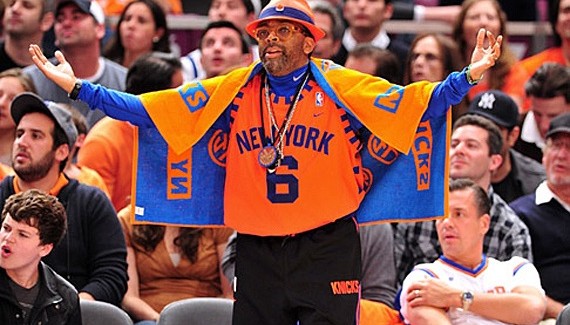 I RSVP’d and was sent an electronic permission to enter Washington Square park at 5 PM. God, isn’t digital technology wonderful?

This wouldn’t be the first time I attended a presidential race rally. In 1984, when I worked in a shoe store in Kew Gardens, Queens I found myself at a lunchtime rally for Walter Mondale and Geraldine Ferraro. There they were, large as life, along with Mario Cuomo (Who introduced them after saying a few words) and Mayor Koch. How am I doin Ed.
I can’t remember what anyone said, I just remember it wasn’t an earth-shattering crowd, if I could just wade in and didn’t have to wait for hours they way I would have waited if I’d gone to tonight’s rally.
I used to buy liquor for my then boss at the shoe store across the street at the liquor store on Queens Blvd., and one day a year or so after the election I was in there one day and in walks Geraldine Ferraro. She was placing her order, similar to my boss’s order “two Stoli’s and two Johnny Blacks…” She looked like she could do some drinking, and she smelled of cigarettes, too. 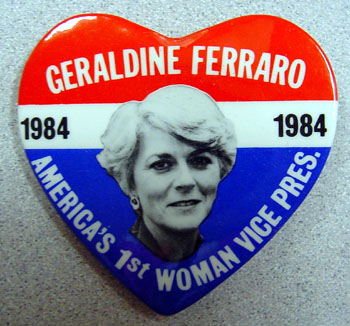 During lunch I announced my plans for after work, which prompted, guesses as to how many people could fit into Washington Square Park.
“I think like 14 thousand people,” said Slava, a politically incorrect guy to the bone. “You wouldn’t find me there with that many people,” he added.
“24 thousand, actually,” said Jack after a quick Google check. The 24 thousand number really provoked some dismay. I thought back to the hours I spent waiting to see the Pope last fall, and how I wasn’t able to pee for hours. That’s a scary thought for a man with BPH. My resolve weakened.
If I went to the rally I wouldn’t be able to take home the two green juices I had in the fridge. No liquids, backpacks or packages allowed.
I should go, do something different, I told myself.
Ah, but the pain and discomfort, I thought as well.
My wife Danusia was going to pass on it. If she had said yes, I would have gone.
So, the thought of being in a crowd of thousands of people, alone, and not being able to pee really tilted the scales. I did it for the Pope, but I really like this Pope, shit, I Love this Pope!
I love Vampire Weekend, but the old guy in the bad suit, nah. He should be able to buy a nice suit. And the Larry David bit about the one pair of boxers that he dries on the radiator, well that’s something I will never forget, and I always think of when I see Mr. Sanders in his baggy undetermined color suit.
When I left work I took my two green juices, (one was from yesterday) and made the reservation in my head- if they let me in with the juices, I stay. If they say I can’t bring in my juice, I go. They made Danusia throw away a very nice water bottle I’d gotten for free in Union Square park last summer when we went to see the Pope. An empty water bottle, for Christsakes. So I was going to be defiant, no juice, no Xavier.
When I got to 23rd Street I said fuck it, I’m going home. I’m too old to stand in line and then in a huge crowd. Even to see Vampire Weekend for free. I can watch it on the news tonight.
I will however, be voting on Tuesday. After all, the polling place is right across the street from my house.

All images have been downloaded from the internet.