Posted on December 2, 2014 by xaviertrevino 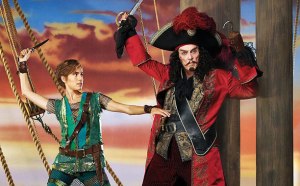 Thursday night Allison Williams will star as Peter Pan in a new version of the classic on NBC TV, and it will probably spawn a lot of confusion on a lot of unsuspecting little boys.
In 1963, when I was 9 years old, I watched Peter Pan on TV for the first time on out brand new Philco black and white TV that perched by the window in our living room. We were living in the Lafayette Gardens housing projects on the seventh floor of one of seven new buildings that had opened the year before. My dad had a new steady job, the rent was low, and we had credit for the first time, and that meant new bunk beds for the kids, a bedroom set for my parents, and a big Philco TV for the living room.
We (the kids) were excited to see the Peter Pan special, and the night it played we stretched out on the floor in front of the TV on pillows ready for our very own trip to Neverland. We, my brother, sister, and I, watched enraptured at the big adventure, and I fell in love with Peter Pan. 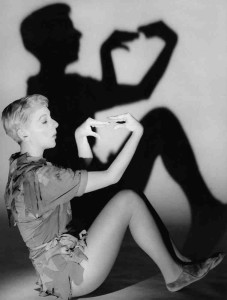 Peter had great legs and a beautiful face. I felt stirrings I’d never really felt before watching Peter fly across the screen and sing and dance with the rest of the cast.
The memory and feelings persisted long after the show was over, and I started to wonder.
Of course, being a good Catholic boy at the time I immediately was racked with feelings of guilt and shame for lusting after a boy. I prayed and worked hard to wipe the image of those great legs and pretty face from my sexually active brain. 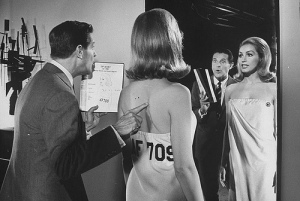 Julie Newmar in “My Living Doll.”

In time, other TV images such as Julie Newmar as Rhoda the robot replace Peter as an object of lust, and I forgot about Peter, until reading the TV guide one day when I was 12 or so I discovered that Peter Pan was a woman called Mary Martin.
My dad had a record collection of cast albums of famous Broadway shows and there was one called South Pacific that my dad listened to relentlessly and I realized the name Mary Martin was familiar because I’d seen it on the album cover. I went to my dad’s stack of records and found South Pacific, and there she was, Peter Pan! What a relief, Peter Pan was a girl! I was normal; it was OK to lust after Mary Martin, because Mary Martin was a female. 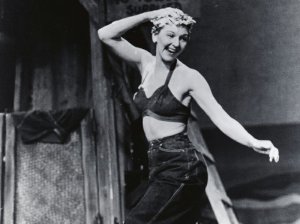 Mar Martin washes a man out of her hair.

Actually, it was probably not OK, lust is a sin and you’re not supposed to lust, but lusting after a girl was normal and lusting after a boy was not, some priest imparted that bit of wisdom on me at some point or the other. 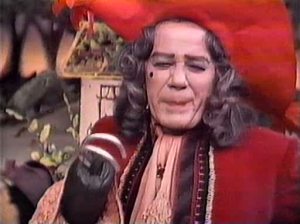 In that production, Cyril Ritchard played Captain Hook, and the thing that struck me about him was that he was very effeminate. Of course later I found out he was married, but that doesn’t mean he wasn’t homosexual. As a matter of fact he was referred to as “queer as a coot” by none other than Noel Coward. I’m not gonna touch that one.
The new Captain Hook is Christopher Walken, and I love Christopher Walken. I might watch this production just to see him; Allison Williams is not exactly my cup of tea. I’ve seen enough of her on “Girls.”
My favorite Christopher Walken performance beside his very short turn In Pulp Fiction (five long years he wore this watch up his ass) is the one he did for Fatboy Slim in “Weapon Of Choice.” Here’s the video:
http://youtu.be/XQ7z57qrZU8

So if you have kids, especially boys who are going to be watching Peter Pan Thursday night, make sure tell them that Peter Pan is a girl, and that it’s all right to have the hots for her, even if your kid is a girl. After all, it is a new day, and we’ve come a long way from 1963, haven’t we?

I like to write, take things apart and put them back together. Also our cat Snookie, turtles, and my lovely wife Danusia.
View all posts by xaviertrevino →
This entry was posted in Uncategorized and tagged Alison Wiliams, Christopher Walken, confusion, Cyril Ritchard, entertainment, Mary Martin, Noel Coward, Peter Pan, sexual identitiy, sexuality, TV. Bookmark the permalink.