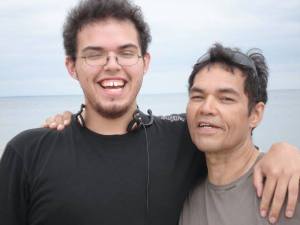 Last week I was finishing a shelf installation for a friend of Danusia’s and we were chatting while I worked. I’ll call him XY to protect his anonymity, as the conversation steered to more than a bit of self-doubt. That’s called something else in other circles, but he’s a nice guy, and I like him, so I’ll leave it at that.

He works in various mediums, he’s a creative guy, but he told me his passion it the theatre. That’s how he met Danusia; she was cast in a play that he was involved in somehow. I know a little about theatre, but it’s not my passion, so I’ll just say he was involved in the production.

As we chatted, he talked about his work. I know he’d made a movie with Danusia in it last winter, and I’d worked on a music video he’d shot in the spring, but I didn’t know he had a pretty big production, something that he had invested years of work in at a festival in Germany that did well there, but failed miserably here in the states. XY is still unhappy about it.
“The critics killed my career. You should have read what they wrote about me.”
“You can’t please everybody.”
“But I thought it was going to be a breakthrough, I worked so hard on it and then nothing. I’m 39 years old and I still haven’t made it.”
I thought about that for a bit before replying, thought about myself and the things I wanted and dreamt of; I’d gone to film school and made a couple of movies myself, so I sympathized. 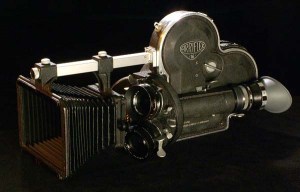 “Well I’m 60 and I haven’t made it yet either.”
That sort of stopped him in his tracks, I could see on his face the realization that it might be a longer haul than he imagined it would be. It was a little funny; it was like telling someone the medication they’d been taking and liking was a placebo.
“Just keep doing what you love, don’t worry so much about ‘making it’, concentrate on your accomplishments rather than your failures.”
I thought that was about the best advice I could give him, and then I went back to thinking about myself as I drilled the holes for the screws to secure the shelves to the brackets I’d put up.
I haven’t “made it” yet in terms of the American dream, but I have to say I’m not unhappy about it. I was at one point, as a matter of fact I was miserable about my lack of accomplishment and ambition. And I surrounded myself with like-minded people and we sat around and did drugs and complained, “The fix was in” and why bother trying. I think that was the whole idea behind the dropout, turn on culture of the 60’s and 70’s that I mindlessly bought into.
I some point I changed, I realized that I did have something to offer the world if only in small measure, and that was all right. It didn’t have to be like on TV with all the bells and whistles, it just had to be real and all right.
Up to the age of 45 my biggest accomplishments were graduating high school and getting into college, which I dropped out of because it was too hard. Oh, and I went through jump school, something I thought I’d never be able to do because I am afraid of heights but I got through it and served in an airborne unit in the army for awhile. 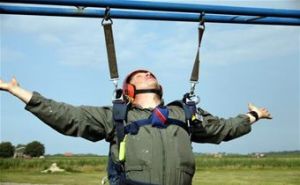 Actually, in my 30’s I learned how to fix shoes and even sort of make them, I would assemble shoes with uppers made by a real shoemaker. I also became a pretty good plastic airplane modeler.

I lost the shoe store job and got a job in a building as a porter. I became a doorman and eventually a handyman, which is why I know how to put up shelves like I was doing for XY. I learned how to do a lot of other things, like plumbing and wiring and all that good stuff. More accomplishments.
Not to mention being married for 16 years, having a kid and surviving the divorce. I remember telling a guy about my horrible divorce while I was going through it and he asked how long I was married for.
“Sixteen years,” I replied.
“Well, that’s a successful marriage,” was what he said. In that moment I wanted to kill him, but now I realize that the success of that marriage was that my ex-wife and I brought up a pretty decent kid with good values, and that we both grew and found our way from point A to point B without killing each other and hurting others in irrevocable ways. Yes there was pain, but there was growth too.
And now I’ve found a new passion, a new outlet, one that may well enable me to “make it,” and it is this, writing. I can’t stop anyway.