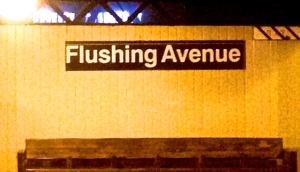 I went to the dentist for the first time in five years yesterday. Obviously it’s not something I like to do.
The dentist is at my union, or soon to be former union. The rep told me he’d keep the case open long enough for me to do this. It’s like making up for lost time anyway, as the lovely Danusia put it.
“They owe you,” she’d said.
It took a long time to get an appointment, I’d been put on their shit-list by not getting annual check-ups and the like, so I had to beg them to put me on the waiting list some time ago, and lo and behold, the day the union settled my case with my former employer I got a phone call from the dental office, I was now eligible to make an appointment. So I made one.
It is actually a very good dental center, clean, state of the art facilities and a decent staff. I guess that’s why they are so well booked. But they don’t do some stuff, and I think that’s one of the reasons I went to an outside dentist in the first place, and sort of lost my place in line, as it were.
All I really wanted was a cleaning, until I get some new kind of health insurance, but you just can’t ask for a cleaning; you have to do the whole x-ray, exam, and consultation thing. Then you can get a cleaning.
They are also real sticklers about lateness, they give you a little paper detailing all of the ins and outs of dental center policy, one of which is if you are late three times you are out of the program till the list opens up again.
I’m never late, so that’s not a worry for me.
I planned to get there at least a half hour early for my 9am appointment. I got there at 8:25 after a quick trip to the bathroom.
But I’m running ahead of myself here, I tend to do that, run ahead of myself; and in my wake I forget things or leave them behind.
I was very pleased with myself when I got up to the train platform at Flushing Avenue by 8, and I could see the next M train at Myrtle Avenue just start out from the station. Then I put my hand in my right front pocket, where I keep my iPhone, and realized it was still on the kitchen counter where I’d left it charging when I got up at 6am.
As I watched the M train approach, I could hear the opening chords of the Clash’s “Should I Stay Or Should I Go?” in my head. I wanted my iPhone; I never left the house without it. It’s like an American Express card.

The train entered the station, and I figured, I don’t really need it at the dentist, do I? I was supposed to meet a friend in the afternoon, we’d set a time and place but I figured we’d speak beforehand to confirm.
The train doors opened and I got on.
As the train passed my building I looked at the window of my apartment imagining my phone laying on the kitchen counter waiting for me. I was suddenly incommunicado, cut off from the world.
I could not check my emails, answer any calls, post something to Facebook or check for any updates, nor could I click on my NYC Subway app to make sure the M train was going to make it to 14th Street instead of being diverted to Chambers Street because of a signal malfunction at Broadway-Lafayette, something that’s been happening a lot lately. I was bereft.
The train made it to 14th Street, fast, that’s why I was 35 minutes early instead of the 30 minutes I desired. Even more time to sit in the waiting room at the mercy of the calling you for your turn gods.
I let the receptionist know I was here and was given the paper with the rules and consequences. Then I waited. And waited some more. The big clock on the wall made it to 9, then 9:05, 9:15, 9:25. People that came in after me, including a man who was “sorry he was late” because he was parked in the wrong spot and “the guard told me to move it” went in before me. By 9:30 some were even done and out of the place.
The Clash song started anew in my head.

Every time one of the white-coated clinicians came to the glass door to the waiting room I tensed up, only to hear someone else’s name called.
At 9:37 a young Hispanic man called my name.
“Follow me, please,” he said leading me into the labyrinth of the new dental center. The Union had moved to this location four years ago and it was my first time here. We found the room he wanted and he motioned me into a Dentist’s chair. He put one of those little paper bibs on me and sat to look at some paperwork, ignoring me.
It was an open room, not much more than a partition and I could hear the whirring of drills and cleaning wands and people talking behind me. After sitting in the chair for more than 15 minutes a very pretty young Desi woman pulled up her rolling chair and introduced herself as Dr. Zackira. She looked in my mouth while chatting amiably, remarking that I hadn’t been at the center in 5 years. She sent me off for x-rays, which the sullen young Hispanic man took. He put me in a fantastic contraption where I rested my chin on something and held onto these two handles while two metal bars were automatically pressed against the side of my face holding my head still. Then another contraption, a scanner made of white metal and plastic approached my head and made a complete revolution around my head while emitting a high-pitched sound. I felt like I’d been kidnapped by little green men.
We went back to the dentist’s chair where Dr. Zackira poked at my teeth with a sharp dental pick and measured bone loss. She remarked that while it was obvious I took good care of my teeth there had been some bone loss and I would need to see a Periodontist. I know why it’s called “getting long in the tooth” now.
I signed a bunch of papers and was directed outside to wait for the technician that would do the cleaning. Another 30 minute wait.
I got out of there just shy of noon, with my tongue probing the newly bare backs of my teeth. They did feel very clean.
I considered going home for my phone before meeting my friend Olivier, who is visiting from Paris, but I knew if I went all the way to Brooklyn I’d only have a chance to get the phone and drop off my new tooth cleaning kit, a gift from the 32BJ dental center: a G.U.M. toothbrush, a small tube of Crest toothpaste, and two picks, for the gaps between my long teeth. Take care of your teeth now and you won’t have any gaps the way I do when you’re old.

I stayed in the city, whomever was trying to call/text/email or Facebook notify me could wait.
At One I met Olivier as planned and we had lunch.
“Sorry I didn’t answer your calls, I left my phone home.”
“Oh, I didn’t call, sorry.”
I got home at three and picked up my phone that had waited so patiently for me all day. There were no missed calls, messages or emails, and only one Facebook notification about something somebody did that I couldn’t care less about.