GOOD DAY FOR A HAIRCUT 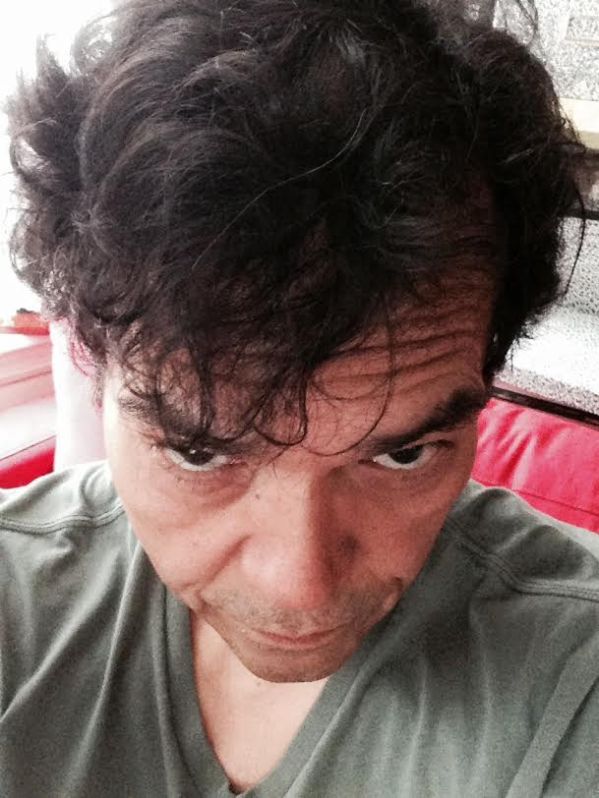 I’ve gone 4 months without a haircut, the longest haircut gap in probably 13 years. When I was a kid, the average wait was 6 months, and when I did go for a haircut it was to get it “shaped,” as in “just trim around the edges.”

When I joined the army in 1979 the first haircut they gave us was at Fort Jackson, SC and the barbers asked: “how do you want it?”

Then I got on a bus to Fort Benning, GA for my basic training and AIT (advanced individual training) and they gave us another haircut, just 2 days after the first one.

“But I just got a haircut, Sargent,” I complained.

“Get in the goddamned chair and shut up, private!”

This time the barber would say the same thing to everybody:

“How do you want it? Airborne?” And without waiting for an answer did the same to everybody, sheared them like a sheep. We were all fuzzy-wuzzy after they were done.

I looked in the mirror and wanted to cry, I think one kid actually did cry, but I figured, there’s no girls around anyway.

We got haircuts once a week, and of course we paid for all these haircuts. At least it was cheap, something like $2.

When I got out of the army a couple of years later I wore bandanas until my hair grew back in.

I always wondered why my brother’s hair is straight and mine isn’t.

When I lived in the East Village in the 80’s there was never any need for a haircut, except to keep the hair out of my eyes. I worked at a hip shoe store, and hip shoe store clerks HAD to have long hair, or at least some kind of punk-rock hair. It was the days of spiked Mohawks.

Speaking of Mohawks, I did give myself one in basic training, when I got tired of paying for haircuts. I borrowed and electric shaver from somebody and left a strip of barely half inch hair down the middle. When I went to breakfast and took off my hat, my Drill Sargent stared at me and yelled:

“What is that shit on the top of your head? Go upstairs and get rid of it right now!”

I went back up to the barracks and shaved off the remainder of my 30-minute Mohawk. I was now officially bald; I was Kojack and Yul Brenner for about a week, till it started to fuzz up again. I wish I had some pictures of that.

Eventually I ended up at another shoe store, an orthopedic shoe store in Queens, and they didn’t go in for long hair.

“You’re looking a little shaggy, there,” the boss would say every couple of months. I was frequenting a Polish barber on First Avenue near St. Marks place at the time, and despite my instructions to leave it long on top he always gave me the same short dude haircut I hated. Those haircuts were $10 or so plus tip.

I’ve often seen some people go into deep depression over bad haircuts; I’ve even seen bouts of crying and near-hysterics. I can identify with that, but I never let it take me to the crying phase. From experience I know it will always grow back.

About 11 years ago my life changed drastically, I was recently divorced and had a new job, one where I was supposed to look presentable; my boss was always yelling at me to get a haircut, and this from a guy who was obviously in love with his own hair. He also yelled at me to remove the earring I wore in one ear (when I was young men only wore one) and one day I decided he was right. I was getting my hair cut by a friend who worked at Bumble & Bumble. I used to work near there when the shoe store in Queens moved to East 55th Street in Manhattan, and always wanted to get my haircut there. But I couldn’t afford it. Now I could at least have the Bumble & Bumble haircut, but at my friend Sarah’s home instead of the store. The next time I went to her I said “take it all off, make it as short as possible.” She did the whole thing with scissors, and it took a long time. The barber in the army with the electric shaver had done it in a minute.

This was 2 months after the “take it all off” haircut.

The next day when my boss came out of his apartment and saw me at my post at the front desk, his mouth fell open in surprise.

“What happened to you? Were you beaten with sticks?”

I have to explain that the guy was from San Salvador, Sal from San Salvador I used to call, him. And he said this in Spanish. I guess if you get beaten with sticks in Central America your hair falls out.

I moderated after that, not too short, not too long. One day my friend Sarah said it was getting harder for her to accommodate all of her clients, she couldn’t make time for me, so I went to a place I’d read about in the Times Style section; Freeman’s Sporting Club Barbershop. The article talked about their specialty, the “Hitler” haircut, long on top and in the front, buzzed very tight on the back and sides. “Tapered” was the term they used in the army, no “Box” cuts or “Edges,” just a gradual taper; or fade if you are doing it Ghetto style.

They knew just what I wanted at Freeman’s, and I got my face wrapped in a eucalyptus-soaked towel when the guy was done. Aside from listening to some kid admonish me about shampooing my hair (it has ammonia in it, takes the natural oils out of your hair) it was an over all pleasant experience. I’ve been going there ever since, and at $40 as compared to the $60 plus I was paying for the Bumble & Bumble experience it’s a bargain, especially if I only do it every 3 months. That’s $20 a month for me. 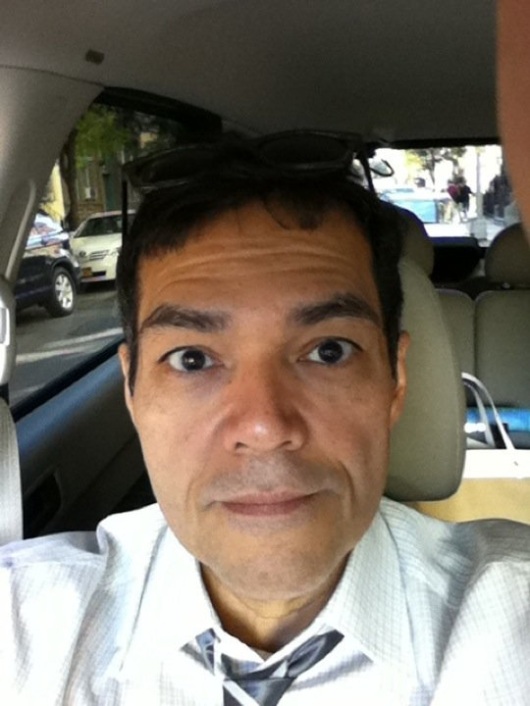 This is about normal for me.

It’s pouring out today, so I know it will be empty when I go to Freeman’s, which by the way has expanded and is even taking appointments now. They always ask, “Is there anyone in particular you’d like to see?”

“Who ever is available is fine,” I say.

I like to write, take things apart and put them back together. Also our cat Snookie, turtles, and my lovely wife Danusia.
View all posts by xaviertrevino →
This entry was posted in Uncategorized and tagged airborne haircuts, army haircuts, buzz cut, don't wash your hair, emotional attachment to hair, eucalyptus wrap, Freeman's Barbershop, grooming, haircuts, hairstyling, humor, Mohawk haircut, sheared like a sheep, work. Bookmark the permalink.

1 Response to    GOOD DAY FOR A HAIRCUT