TO FLIP OR NOT TO FLOP 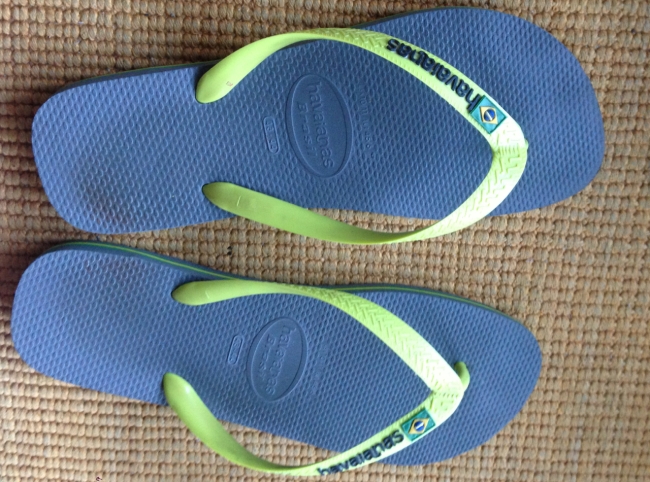 Sometime during the winter my favorite Havaianas flip flops broke, the thong on one of them wore through at the bottom and just pulled off one day and I had to throw them away. I have others, but can anything compare with neon green?

I loved these, I always like to wear stuff to invite comment, but subtle, not too garish.

When I smoked I liked to get pink Bic cigarette lighters to see what people would say, and mostly my men friends would say something or raise an eyebrow and say nothing. I used to get a kick out of being an oddball, but not so much anymore.

When I was at Pratt, I had a friend named Neil Halpern, and he was the most optimistic guy I knew. Even when I slept with his girlfriend he had this “Oh, well, things happen” sort of attitude.

Neil wore cheap 99¢ flip-flops all year long, even when it was snowing out. In the winter he wore his dad’s old camelhair coat with the flip-flops.

I won’t go that far, but one year I wore them till November. That was when I was still into being noticed. My feet froze, but people looked at me.

Last summer I discovered that there is an actual Havaianas store, over on West Street just south of Little West 12th Street. Yes, there is such a street in case you don’t know. But by the time I discovered the store I already had my neon green ones, but I filed it away for future reference. And the future came to light last week.

They were already out of the neon green, but I found a pair of dark ones with at least the Havaianas logo in neon green. That’s OK since I’m losing my penchant for being noticed. I do have white ones with the neon green logo but they’re a little dirty. I wear those at home.

I picked out my flip-flops from the myriad of colors they have (dozens of patterns) and took them up to the register, where I paid the $23.99 in cash. They guy behind the register got a big red bag like this: 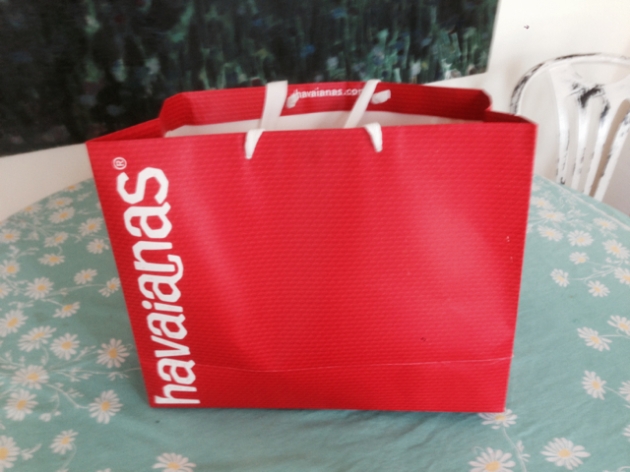 And put my purchase in.

“You don’t have a smaller bag?” I asked.

“No sir, these are the only bags we have.” I hadn’t bought anything else yet, as this was my first stop on a dedicated shopping trip or I would have just put them in whatever bag I had; so I had to settle for the big red bag.

I walked over to the Chelsea Market, my second stop; I wanted to get some more Red Himalayan salt. There is an Italian themed place in the market that has Red Himalayan salt for the best price, $7.95 a pound. Elsewhere in the city it’s upwards of $10 a pound. But they didn’t have it in the large crystals that you put in a grinder. So I got the fine grain. Now I needed a slat shaker, since all we have at home are grinders.

I could have gotten coarse kosher salt, but being kinda pretentious I had to have the red salt. 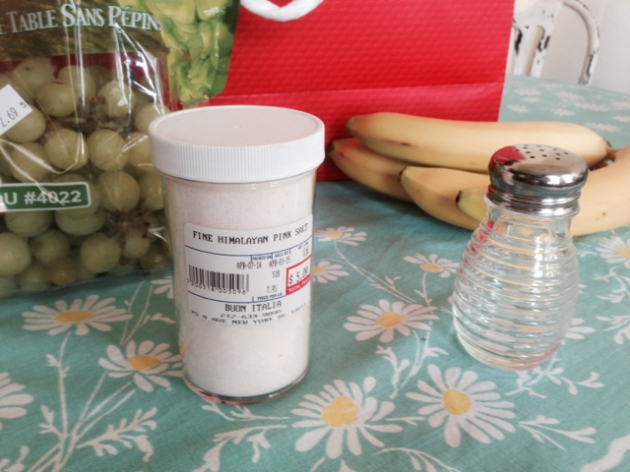 So off to Bowery Kitchens for a saltshaker. I found one that the lovely Danusia would like and paid $2 for it. I put it in my big red bag along with the flip-flops and the salt. Then I went to the Manhattan Fruit exchange, all of these places are right there in the Chelsea Market and that was the whole point of this trip, to get everything I needed in one place or close to it.

I got some grapes and bananas and when the girl tried to bag them up I said: 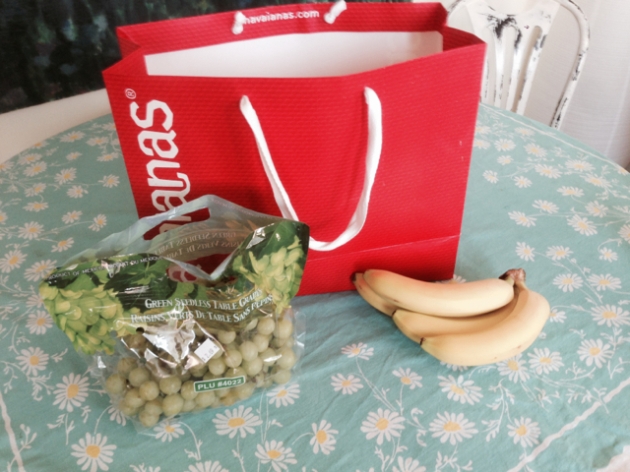 Last stop was the Apple store, since I’m unemployed now paying $123 plus a month for DIRECTV that doesn’t work during big snow or rainstorms doesn’t make much sense, so we decided to get Apple TV. I’ll let you know how that goes when I hook it up and cancel the DIRECTV. Right after Fargo is over.

When the preppy Apple kid asked if I wanted a bag for it I again said no thanks and added the Apple TV box to the rest of the stuff in my bag and headed home. 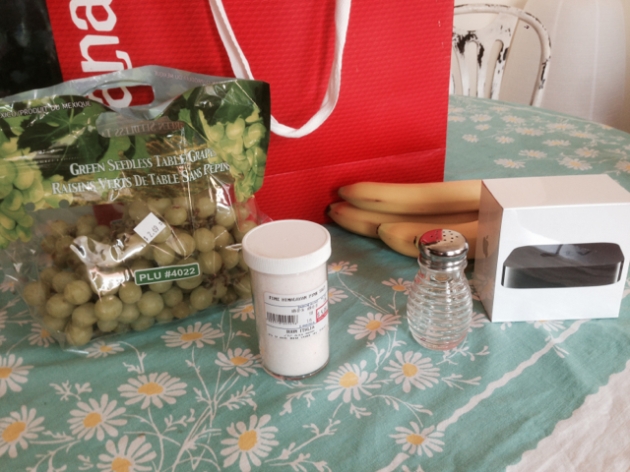 So, I saved a couple of trees, or at least parts of them, and I guess I saved some plastic bags or the kept the atmosphere safe from additional emissions or whatever it is we do when we don’t use plastic bags. Though pretentious, at least I’m trying to save the world. 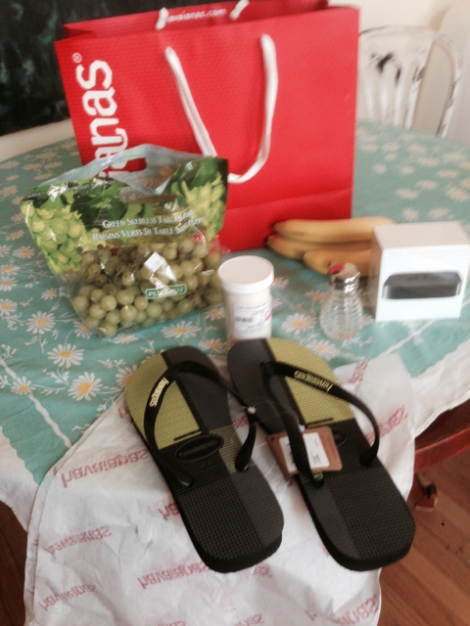 2 Responses to TO FLIP OR NOT TO FLOP