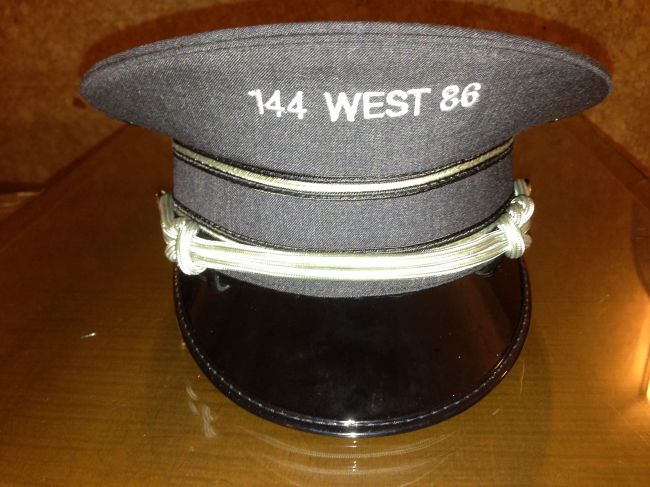 I finally got my severance check last week, on the 16th. I got the call from my union rep, Donavan, that he’d received the check and to come to the union offices to pick it up.

I picked it up on Monday the 19th, almost FOUR months to the day I got fired, which was February 20th. I also received a “neutral” letter of recommendation, which simply states I worked at the building from June 11th, 1997 to February 20th, 2014. Not quite 17 years, but close. My stint at 144 lasted longer than my first marriage.

View from the front door of 144

They gave me five weeks pay, four of which they owed me anyway because I had a month’s vacation time coming. Which means all I really got out of them was one week for almost 17 years of loyal service.

There was a guy down the block, the company has 60 plus buildings in NYC and five on 86th Street alone, so this guy down the block worked for Rudin Management for 40 years as a porter and they gave him a watch. Not even a gold one, just gold plated. How generous and caring of them.

The Rudins are known for their philanthropy and involvement in NY civic affairs, they give generously to the Central Park Conservancy and the Battery Park conservancy, champions of the rich. I don’t think they care much about Tompkins Park in Bedford-Stuyvesant, my childhood neighborhood park. It’s officially known as Herbert Von king Park. 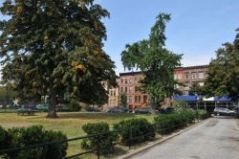 This one was designed by Olmstead too but gets no Rudin money.

As for civic affairs, they do provide low-cost apartments to a variety of civil servants, Judges, city administrators, anybody that can help them make more money. So they can buy gold-plated watches for their long-term employees.

Any way, that’s enough of that. It’s time to move on, and to say that if I had been doing my job 100% I would still be standing behind that desk bored as shit waiting for quitting time so I could finally sit down. I was not allowed to sit down.

Some of the building managers permit this; they know how tough it is to be on your feet for 8 plus hours. But not our agent, Rudy Henry. He had to show what a hard-ass he was by insisting everyone stands up. Which of course everybody ignored. Unfortunately for me I got caught at it.

You do what you do and you get what you get.

I had a drill sergeant in the army who would always say to us: “who ever told you life is fair?”

I can’t say it wasn’t a productive and educational 17 years. I learned how to do in house wiring, out of the wall plumbing, appliance installation, plastering, tiling; I also learned how to use computers and most importantly, deal with people and be all right with myself.

An apartment i finished. Nice, huh?

When I first started there I was a sad, insecure depressed man who thought he was too good to be sweeping and mopping floors, to be taking out the garbage for strangers. After all, I’d been to film school. I was smart and educated. But I didn’t realize that it was my own fear and lack of ambition that had deposited me at Rudin Management’s door, and I was lucky to get such a high paying job for an unskilled unambitious guy.

There was a painter for the painting company Rudin insists the tenants’ use (isn’t that illegal?), and he always referred to himself as a ”tool.” Edgar the tank didn’t like this, and got rid of the guy.

I suspect it was because the guy was a black West Indian man, not one of Edgar’s favorite ethnic groups. He insisted only the Ecuadorian women and one Chilean who worked for the painting company are sent to the building, and he got his wish.

But in reality, all of us, all of the Rudin employees were tools. Maybe that’s what irked him- the realization that he is only a moneymaking tool for someone else.

But that’s his problem, not mine.

Right now things are OK for me, I can’t say I have any pressing problems despite being out of work. I have some savings, another thing I learned in the past 17 years, how to save money and use credit cards without ending up in impossible debt. I got unemployment, despite the petty efforts of Rudin to block it. And I have this, my writing, something that keeps me focused and moving forward.

So that is what I am concentrating on now that I have the time.

I’ve always written, kept journals and notes since I was probably 13 years old. Of course I’ve gotten better at it, practice makes perfect, they say. At least better if not perfect.

I just got an email from a fellow who published one of my stories in a journal he edits, and he wants another one. No money for it, just bragging rights, but it’s a start. Now I’ll be able to say I’ve had two pieces published.

Time marches on, as the old newsreel voiceover used to say, and I march on with it. Time to do new things, have different adventures to share with the world, with my spin on it of course. That’s what makes for interesting reading.

I like to write, take things apart and put them back together. Also our cat Snookie, turtles, and my lovely wife Danusia.
View all posts by xaviertrevino →
This entry was posted in Uncategorized and tagged 32BJ union, civic affairs in NYC, corporate greed, gold watch for retirement, humans as tools, inequality, Job loss, loyalty, Moving on, park conservancy, philanthropy, resentment, Rudin Management. Bookmark the permalink.

1 Response to ENOUGH OF THAT