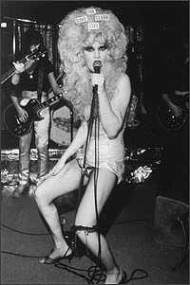 Thanks to the generosity of my friend Vicki Perlman (sometimes Alspector) the lovely Danusia and I went to see Neil Patrick Harris in Hedwig And The Angry Inch last night at the Belasco Theater. It was a delightful show, I’ve seen bits of the movie with John Cameron Mitchell (I guess you have to have three names to be Hedwig) and was sort of familiar with the story, but it was a story I’d heard before, a long time ago, when Mitchell was probably in Junior High school.

The show was great; Neil Patrick Harris is a wonderful actor, and watching him last night I could only think- my, has Doogie Hauser grown!

He sang beautifully, as did his supporting cast/band, especially Lena Hall as Yitzhak, Hedwig’s husband. The lighting and staging impeccable and dazzling, starting with Harris being lowered down from above the stage in a sling in his David- Bowie like outfit, which he strips off to reveal long fishnet covered legs in hot pants and high heeled boots. He and the band rip into the first number, Tear Me Down, and my heart is pumping fast. It stays that way for the rest of the show.

As I watched the performance it brought back memories of a show I’d seen a long time ago, probably in 1975 at Max’s Kansa City. The performer that night was Wayne County and the Backstreet Boys.

It was uncanny, the resemblance between the Hedwig character and Wayne/Jayne County. Of course Wayne was much raunchier at a time when raunchy was truly groundbreaking, and it took real balls to get up on stage in drag and put on a Rock And Roll show. 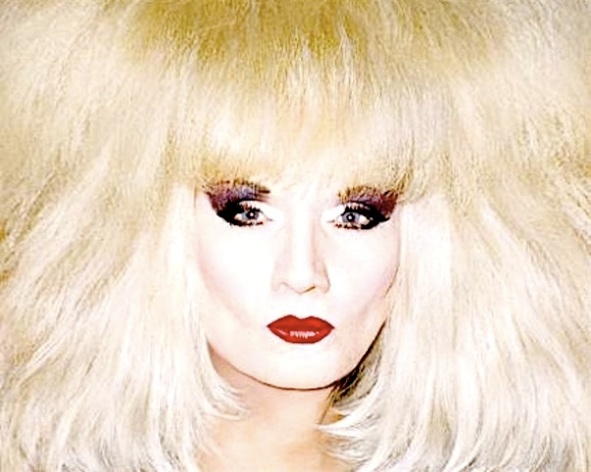 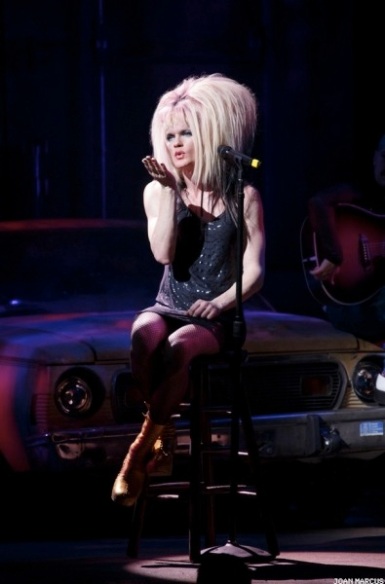 It could be the same wig.

With so many pioneers under the bridge like Jayne, Lou Reed, and David Bowie, this show was exciting and fun, but it is now mainstream. On Broadway, of all places.

I met the then Wayne once, as a matter of fact had dinner with him (at Max’s, of course) one night.

I had a friend, Mike; and Mike was the drummer in a band called New Clear Energy, one of those struggling bands that actually got to play at Max’s once. They played CBGB’s more than once, but Max’s was king then.

Wayne had seen them, probably that one time at Max’s, and had talked to Mike about playing drums in t he Backstreet Boys. The dinner was to be sort of an interview, or more of a persuasion, as Mike was reluctant to do it.

That’s how I got to be at the dinner. Mike was afraid of Wayne, he didn’t say so in so many words, but I could tell.

“Come with me to talk to Wayne.” He’d asked.

“I don’t know. But I want to make sure he doesn’t to anything weird.”

“Mike, I don’t think he wants to fuck you, I think he just wants you to play drums for him.”

So we had the dinner, Wayne’s treat, (I had a burger) and Mike said he’d think about it. He kept avoiding Wayne after that, and Wayne simply got another drummer. Mike had blown his chance to at least get paid for playing drums.

A year later Wayne had his famous dust-up with Dick Manitoba at CBGB’s, I wasn’t there that night but I heard all about it from friends. Manitoba had been heckling County and had a mic stand thrown at him in the process.

I remember in the early days of the New York Dolls there was always some guy in the back of the room, usually by the bar who would shout out “Faggots!” with some regularity, and I wondered why he was always at the shows if he didn’t like faggots. Then I wondered if the Dolls were paying him to stir up some drama. Now I wonder if it was Manitoba.

What I do know is that Wayne eventually became Jayne, went to Germany in the early ‘80’s to have a sex reassignment operation. That took balls.

The night of the dinner Wayne wore a jean jacket and a colorful woman’s scarf, and a big beret. He was polite and soft-spoken, gently urging Mike to play drums for him. Nothing like the loud, aggressive stage persona, but most definitely gay.

He did not come on to Mike, and I don’t think it was because I was there, I think it’s because all he really wanted was a good drummer.

So Jayne followed her dream, became a real woman, rather than just writing a play about it. But never achieved the stardom she so craved. The world was not ready for Jayne in the 1980’s.

But the world is ready for Hedwig now, and I can’t help but wonder if it is because it’s just a play, just a fantasy, something that was dreamt up as an entertainment.

I saw Jayne once more in the summer of 2000, at a benefit for Lou Reed’s ailing bodyguard at the Bowery ballroom. It was the first time I’d seen Jayne as a woman, since in the late 70’s I dropped out of the scene to become a full time drug-addict. So here I was, the summer I was getting clean, and standing next to me was Jayne, watching Sylvain Sylvain sing, “She’s A Femme Fatal” at this benefit. Jayne wanted to go up on stage and do a number, but the powers that be said no. Jayne was unhappy about it. So was I, it would have been fun to see one more raucous Jayne County performance.

At the end of Hedwig, Harris mentions some people, Lou Reed, Nico, and Aretha Franklin, of all people as influences. It would have been nice if he’d mentioned Jayne, the original “then he was a she.” Yes, it would be nice to give nods to someone who did it first, and did it real.

I like to write, take things apart and put them back together. Also our cat Snookie, turtles, and my lovely wife Danusia.
View all posts by xaviertrevino →
This entry was posted in Uncategorized and tagged CBGB's, Hedwig and the Angry Inch, Jayne County, John Cameron Mitchell, Max's Kansas City, Neil Patrick Harris, New York Punk Rock in the 70's, NY dolls, sex reassignment surgery, Wayne County And The Backstreet Boys. Bookmark the permalink.

8 Responses to THE REAL HEDWIG