Tuesday I finished paying off my student loan. I got the money starting in 1972, when I enrolled at Pratt institute. I got stipend money every month from something called HEOP, higher educational opportunity program. It’s still around today. HEOP got the school to waive tuition for qualified students, and then we were provided funds for living expenses and materials through a combination of grants and loans. In total I received $5,000 in loan money over the course of 3 ½ years. I quit Pratt just shy of the last semester.

The engine room at Pratt, run by Conrad. Last I heard, he’s still there.

I started getting calls from collection agencies not long after I left Pratt in 1976, and I remember one memorable call where the person on the other end of the phone told me he would “ruin my credit,” and that would “ruin my life.” I really didn’t need any help with that one; I did that very effectively all on my own. At least for a while.

I wish I could have paid with one of these.

“You owe $5,000, how much can you send us today?” Would be the way one of those calls started. In 1976, at the age of 24, $5,000 sounded like an unattainable amount of money, I was never gonna have it, and they were never gonna get it; it was as simple as that. The concept that I could pay it off a little at a time was something I could not wrap my head around. So I just avoided answering those phone calls, and there came a point where I didn’t even have a telephone, so it became easier not to think about the money I owed and paying it off.

On the rare occasions where I was due a tax refund, I found out that the government, which had guaranteed the loan in the first place, had taken whatever refund I was due in order to satisfy the loan.

My credit was indeed ruined.

In the mid 90’s, when I was married to my first wife and we were raising a child in Greenpoint, Brooklyn, she showed me a little ad in the paper about house buying. It was for a seminar, where you went and found out it was actually a sales pitch for some mortgage company selling sub-prime mortgages. Actually, at the time I didn’t know that, I just knew that I was a veteran and I was entitled to a V.A. homebuyer’s loan. The people running the seminar sat down with us, ran a credit check and looked at our finances.

When the woman got the results of our credit check she looked at us like we were from Mars. She explained that we had to pay our bills, and pay them on time with some regularity before we could qualify for any kind of mortgage.

“You guys don’t even have any credit cards.” She said with real wonder.

After we got divorced, in the year 2000, I started to learn how to take care of myself, and one of the first things I did, after getting a real ID card was to open a bank account. Then I applied for a “secured” credit card. With one of those, I opened a charge account at Macy’s, my very first real credit card.

Of course, after being off the grid for so many years, I thought the loan people had forgotten all about me, but they hadn’t.

At work, my job changed. I went from being the night porter, whom most people never saw and cared little about, to the day doorman.

One day, I think it was the first month on the job, I got a phone call. It was them, the loan people.

It wasn’t the actual people who’d made the loan in the first place, it was a company that had bough the debt and was now determined to get their money. They are called Sallie Mae Servicing. I spoke to the woman on the phone at length, and she kept asking me, “How much a month can you pay?” At the time I was in the midst of child support payments, IRS payments, and for paying for an apartment by myself for the first time. Everybody wanted money from me. I felt very lost and afraid, and I wished that I had paid my debts in a timely manner so I wouldn’t be getting these horrible phone calls.

We settled on $73 a month. When I started making more money, and I paid off some other outstanding debts, I started paying $100 a month. This was in 2003, 11 years ago. It took me 11 years to pay off the debt. But I paid a lot more than $5,000. With interest and penalties, I estimate I paid double the original amount to Sallie Mae. They made a handsome profit, 100% interest. And they say this country has usury laws. But I guess it was better than owing money to a shylock.

I pay my bills on time now, with regularity. My wife and I are in the process of buying a house, and my credit score was no problem. I have a very high credit score, something I never dreamt I would ever have. And all because I pay my bills, and pay them on time.

In a way it was kind of lucky we didn’t get that house loan in the 90’s, it was definitely a sub-prime sort of deal, and we would have lost the house. Or worse, she would have gotten the house after our divorce and I would have still had to pay for it.

When I decided to avoid paying for that loan so many years ago, I was a very self-centered young man. I felt since I hadn’t graduated Pratt, because it was too hard for me to compete with more affluent students, why should I pay? I felt like a victim, but it turns out I was the victim of my own fear and self-pity. 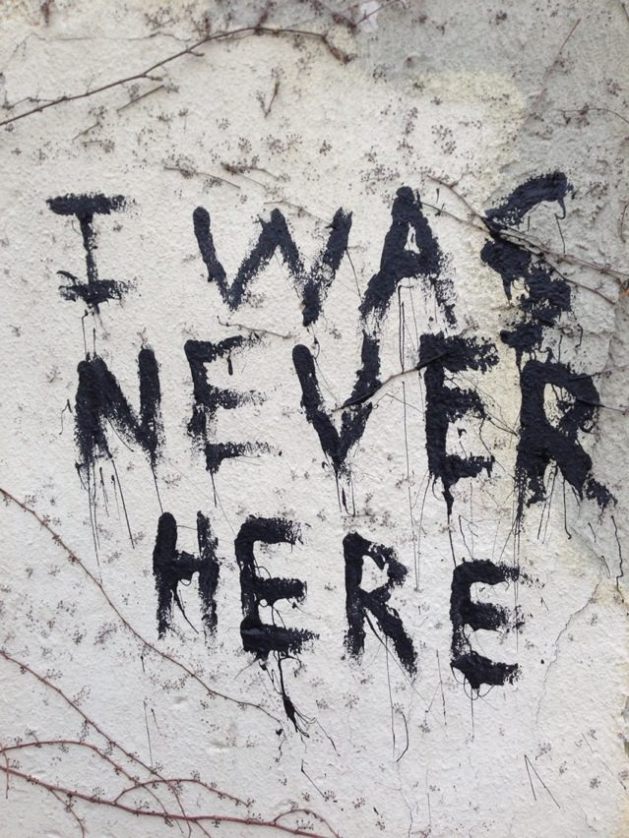 This was I felt about my Pratt experience.

I’m glad I’ve learned some stuff since then, and I won’t ever have to pay anyone 100% interest for anything ever again. I wish I could have learned that lesson a little earlier, but like they say, better late than ever. I’d hate to imagine what some 24 year old who’s doing the same now for the same reasons is going to have to pay. I hear tuition’s pretty expensive nowadays.

I like to write, take things apart and put them back together. Also our cat Snookie, turtles, and my lovely wife Danusia.
View all posts by xaviertrevino →
This entry was posted in Uncategorized and tagged accomplishment, debt, education, HEOP, personal finances, Pratt Institute, responsibility, Student loans, taking ownership. Bookmark the permalink.