How To Walk The Dog

Posted on December 7, 2013 by xaviertrevino 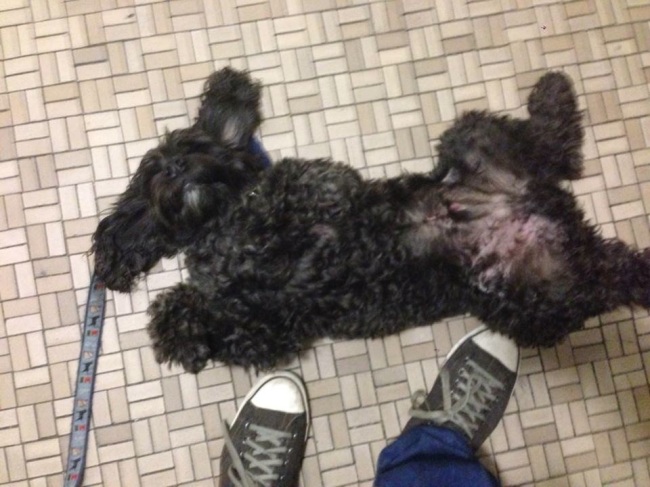 This week I agreed to walk a dog at the building every Thursday before I start my shift. I walked this dog once before, it was an emergency sort of thing and the tenant was sort of hesitant about asking me, but I said what the hell, it’s always a good idea to have someone on your side so I said yes, and know she wants me to do it every week. That’s the dog in the picture above. I won’t say his name, as a condition of anonymity, but let’s just say I call him Bonkers. I think that’s from a Salinger story or something, I can’t remember where I got it.

The Rolling Stones Do Walking The Dog…

I also have a cat-feeding contract, for another tenant. I’ve done this for a number of years, and I’m supposed to pet the cat as well as feed her but she always runs away when I try. I’m not chasing after her. 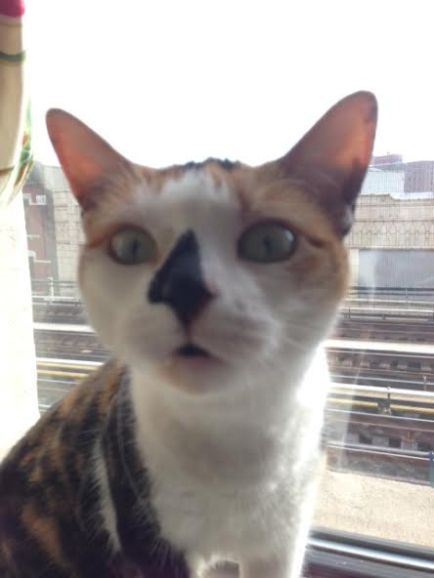 My wife’s cat, not the cat I feed.

Years ago there was a very unpopular dog walker that came to the building, a large rather unattractive woman with a really sullen demeanor. One day a home health care aide asked me

“What’s wrong with that woman?” I said:

I don’t do it for a living, but I do find myself picking up dog shit now, at least once a week.

The first time I walked Bonkers he didn’t do it, he just squatted down like he was doing it and then walked off, and I had my plastic bag already. I was kind of disappointed and more than a little worried that he would wait till he got back upstairs to do it for real, but we ran out of time and I took him home. I thought, “what kind of dog is this, he makes believe he’s taking a shit?”

That night the woman said, “Oh, I think he’s a little stopped up today.”

To change the subject, and I know a lot of you are waiting with baited breath to find out what’s going on with our house purchase, well, we’re “in contract” now, except we’re the ones paying for all the fixing. I know it’s risky, but if you don’t take risks you never get lucky.

One of the things we discovered was that the bottom plate of the water meter was cracked, the water had been turned off by the owner so that the “pipes wouldn’t freeze and burst.”

What I found out was that the pipes had already frozen and burst, so the water couldn’t be turned on. I looked on line for one of these things, 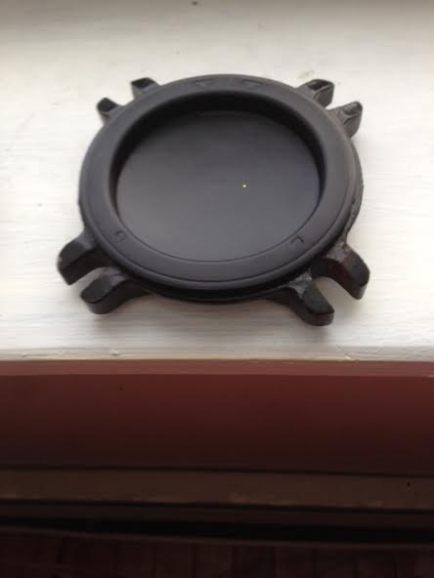 I also found a place on 13th Street on the Lower East side and the woman on the phone said she had it in stock. I told her I’d be right over and hopped on the L train. When I got there, some greasy, dusty hole in the wall with bins full of used water meters the woman said “That’s $40, please. I hesitated, I was about to tell her I saw it online for less than a quarter of that, but then I thought about the shipping costs and the waiting for it and decided to give her the money.

“Will that be cash or charge?”

So I walked Bonkers for the second time this Thursday, after I paid the $40 for the water meter cap. This time Bonkers went for real, and I was so happy I didn’t have to go around the block I started off back to the building at a trot. Suddenly he stopped short and wouldn’t budge, and when I gave him some slack he did it again. I hoped that was it, as the woman had only given me two plastic bags. We made it back to the building without another urge.

Anyway, at least my dog walking and cat feeding money is going for a good cause, our new house.

I like to write, take things apart and put them back together. Also our cat Snookie, turtles, and my lovely wife Danusia.
View all posts by xaviertrevino →
This entry was posted in Uncategorized and tagged buying a house, cat sitting, dog walking, frozen pipes, humor, in contract, repairing water meters, Walking The Dog. Bookmark the permalink.