Last Tuesday I took the long train ride out to the house we are trying to buy to meet with an engineer who was to inspect the house. This is a necessary step in house buying, and my first time doing it.

This house in The Rockaways needs some work, that’s why the price is low. The kitchen floor is open, it suffered some flood damage during Sandy, and the kitchen needs to be put back together and the floors need sanding and polyurethane. By my estimate less than $20,000 worth of work, if I do most of it myself.

The engineer had let himself in through an open window; I was late getting there. He was an Italian guy in his early 60’s named Tony.

Tony wore dark khakis, a bright blue shirt and the loudest orange tie I’ve ever seen tucked into the midsection of his shirt, the way soldiers did in the 1940’s. I don’t think I’ve ever seen anyone tuck their tie in except in old war movies, so it was a little weird.

We shook hands and the first words out of his mouth were:

“You have no foundation. There are cinderblocks supporting the frame, but I was able to put my screwdriver straight through the bottom of one.”

From there it was all downhill. He also mentioned the crack in the outside back wall, a result of having no foundation. 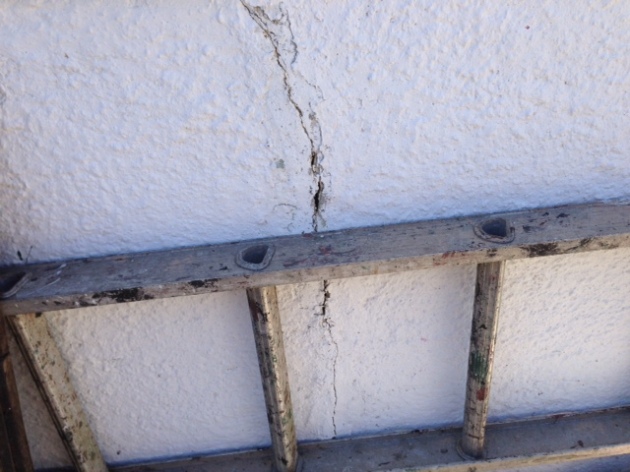 He was in the process of pulling down the ladder for the attic, I knew the roof was new, at least that would be OK.

“The water is off, let me turn it on so we can check the burner and water heater.” I said to him. I didn’t want to hear anymore yet.

I went outside and opened the trapdoor to the water main, and turned on both ball valves. Right away I noticed water was leaking from the bottom of the meter.

I also heard water shooting out from somewhere inside, and I ran in the house to turn whatever it was that was left on, careful not to fall into the gaping hole in the kitchen floor.

It was the shower, and Tony had beaten me to it, he’d turned it off. I tried the bathroom sink taps, and there was hardly any pressure.

“The roof is not insulated and it has been improperly reinforced. The two by fours are spaced 18 inches instead of 16 inches, and…”

I was writing in my notebook furiously, recording this litany of bad news.

“Is this all going to be in your written report?”

“Yes.” I put the notebook away.

“Ok, I’ll read all about that. What about termites, you’re supposed to do a termite report.”

“I found no sign of termites.” Really? No termites? There really is a god!

“Let me go turn on the hot water heater and the furnace.”

I went outside to the shed, which contained the furnace and heater. I heard the water before I reached the door of the shed. There were already a couple of inches of water on the floor of the shed, and a jet of water from a hole in the feed pipe to the burner was spraying water everywhere. I ran to shut the water off. This was really dismaying; I was ready to run back to the A train and head back to Brooklyn. 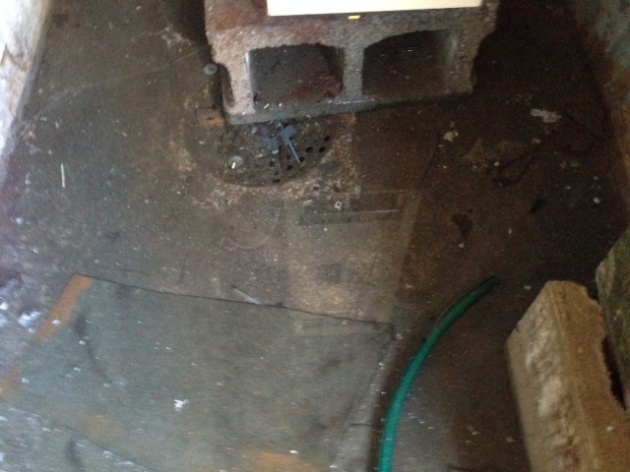 “Ah, there’s a leak in the feed to the furnace, I don’t think we can test it.”

Tony followed me out to the shed.

“By the way, the hot water heater has no chimney.” More wonderful news from the always-optimistic Tony. I looked, the vent was there, and it just wasn’t connected.

“There’s a lot more, but I’ll let you read the report.”

“Sure.” He was done, we couldn’t test the utilities and he’d seen everything else.

“That’s correct. The electrical system is new and up to code. Of course, you don’t know if any of the BX cable was damaged in the flood, since it’s in the wall.”

I gave up. After he left I noticed water dripping from the kitchen light and fan. No wonder the water was turned off, this place was leaking like a sieve.

I had a headache after talking to this guy. But I know one thing, everything he found wrong, and by the way, the new roof is sagging, according to Tony; but all of these things can be fixed. But Tony’s sense of style will be bad forever.

I like to write, take things apart and put them back together. Also our cat Snookie, turtles, and my lovely wife Danusia.
View all posts by xaviertrevino →
This entry was posted in Uncategorized and tagged engineer's report, Far Rockaway bungalows, fashion disasters, fixing leaks, flood damage, home repair, Housebuying in NYC. Bookmark the permalink.

6 Responses to But Wait, There’s More!