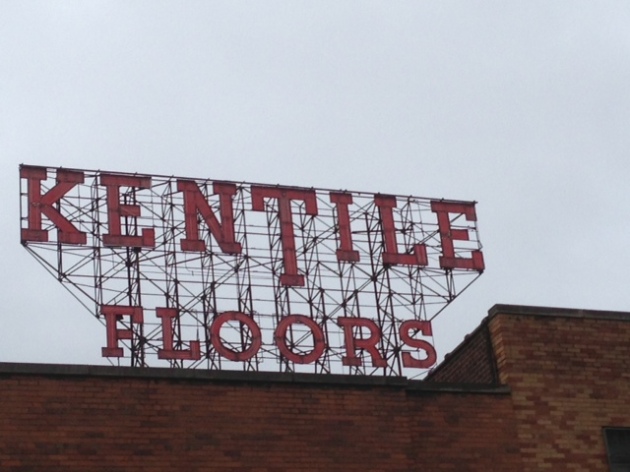 I first heard about The Moth about six years ago when I first started taking Charles Salzberg’s advanced non-fiction writing class. After reading one of my pieces, a woman in the class said, “You should do The Moth.” I did a little on line research and found out what The Moth was all about, and wondered if I could do that, stand in front of a roomful of complete strangers and tell a five-minute story without notes.

The story itself is no problem; I’ve got plenty of stories to tell. If there was a person that weird shit happened to, it’s me. Or maybe it’s that I did weird shit, and things happened to me as a result. Maybe a little of both, I don’t know. Weird shit happens to a lot of people, but in the end I’ve discovered it’s all in the telling, and the willingness to do so.

I tried to sign up for one of these Moth things on line, and discovered that each competition had a theme, and your story was supposed to fit that theme. This was sort of discouraging. But I figured as a writer I was good enough to bend one of my stories to any theme, and tried to sign up anyway. It was a no go; I kept getting the digital world run-around and gave up.

A few years ago my teacher Charles asked if I would be willing to read a short piece at the KGB bar as part of the Trumpet Fiction Ducts.org Saturday night readings; and I said yes. That night I read a short piece involving two NYPD officers, a blue and white NYPD van, Richard Nixon, and myself. Plus a small cast of Lower East Side extras. It was well received by the audience, everybody laughed in all the right places and even in some places I didn’t think were very funny, and I felt very, very good when I left the lectern. I though this was something I could get used to.

This past Sunday my friend Lexie who lives in Washington Heights called and asked if I wanted to go see The Moth at the Bell House in Brooklyn the next evening. She said “It’s like a poetry slam, people put their names in a hat and ten of them get called up to tell a story.” Well, I already knew that, and here was my chance to get “A little love” as they used to say at the Nuyorican Poetry club. I said, “OK, I’ll go, and maybe I’ll put my name in the hat!”

My wife Danusia goes to this spiritual lady reading thing every Monday night at a YMCA on the Upper West side, so she just said “Good luck.”

I was only joking when I said I would put my name in the hat, I didn’t think I could remember the story well enough as I’d written it to do it off book; but ego got the better of me. I pulled out the version of the story I call “Busted”, printed in 24-point type so my old eyes could read it properly in the low light of the KGB bar and started reading it on the train ride over to Gowanus to meet Lexie. I wouldn’t get picked anyway, I thought, but mentally edited the story so I could come in under five minutes, as it was seven minutes at the KGB reading.

When I got to the Bell House there was a line of people stretching down the block, and it is a very long block indeed. I wondered if we would even be able to get in. Lexie wasn’t there yet, and she texted me to get a ticket for her. When I got to the ticket window the girl behind the counter said “There’s no tickets, we just stamp your hand, so no, you can’t buy your friend a ticket.”

A tall man waiting behind me said, “She won’t get in, I’ve been locked out before.”

Well, thanks mister. I paid the 8 bucks anyway and went outside to wait. I got in line and felt the anxiety grow, and once they started letting people in I was already mentally strangling Lexie. I got out of the line and saw her wandering down the block looking for me. I waved franticly until I got her attention and commanded her to run inside and get her hand stamped. I resisted the urge to say, “You’re late.”

She got her stamp and we went inside, and there were no seats left. People were already signing up, so I made my way to the stage and filled out my release form.

The show got started and the first person was called up. The theme was being stubborn, and since I’ve often been accused of this, I figured it would be pretty easy to wrap my story around it. The next person was called, and the next. Each time they guy reached into the canvas tote bag to pull out a release my neck would tighten up.

“Are you nervous?” Lexie asked. I was but nervousness is something I’ll never admit to.

The way it worked was that the person who just finished would pick the next name out of the tote bag. After five people the MC announced a ten-minute break that lasted almost twenty.

“OK” he said, “lets see who’s up first for the second half” as he reached into the bag. At this point I wasn’t even worried.

“Xavier Trevino! Come on up here!”

Suddenly my heart started pounding and there was a ringing in my ears. I made my way through the crowd to the stage stairs as he told a very short joke and motioned me onto the stage. He adjusted the mike and said, “remember, stay close to the mike. Good luck.”

I looked out into the room and all I could see was spotlights and darkness below. Just talk to the lights, I told myself. I took a deep breath and hoped I wouldn’t stutter.

I told my story, a little shaky, not as smooth and rehearsed as the others, but the crowd laughed, no, they howled, and applauded. I finished and the big guy slapped me on the back and said “great story.” I was grinning ear-to-ear and numb when I walked off the stage. The three judging teams gave me an 8.6, a 9.0, and an 8.4. Nobody got a 10, but the next to last guy brought down the house with a great story about mushrooms, vampires, and liquefied gold. He got all 9’s.

I like to write, take things apart and put them back together. Also our cat Snookie, turtles, and my lovely wife Danusia.
View all posts by xaviertrevino →
This entry was posted in Uncategorized and tagged ego, humor, KGB bar, performance art, story telling, The Moth. Bookmark the permalink.