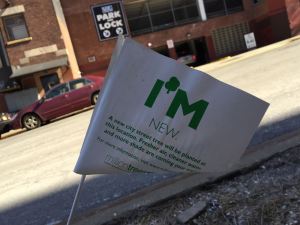 If you’ve been reading my blog for a while you might have read A GROWING PROBLEM, about my BPH symptoms. If you don’t know what BPH is, you can look it up, but you probably won’t be interested in that post or this one. Then again you might just appreciate the humor and irony of it.
I’ve had it for almost 15 years now and have learned to sort of live with it; something that at times is not easy.
For a long time treatment was pretty routine, I saw my doctor once a year; he examined me, told me to get PSA tests, made recommendations and prescribed meds.
In the 5th year of treatment he wanted me to start on something called PROSCAR, what PROPECIA is actually called. It was supposed to shrink my prostate, but instead just diminished my sex drive and ability to perform. It didn’t grow any hair on my head either; I continued to lose hair at a steady rate.
Last year, the last time I saw my little Philippine doctor with the shiny black shoes and slicked-back black hair (I now wonder if he dyed it) he made a big deal about the size of my prostate.
“It’s very big,” he told me after looking at my sonogram. They do sonograms of your bladder and prostate nowadays.
“No kidding,” I wanted to say. What I said instead was,
“Since it hasn’t shrunk after taking the Proscar for 5 years, I think I’m going to stop taking it.”
“No more Proscar.” He said, nodding sagely at my logic.
“But it is very big and you must be very uncomfortable, and we should do something about it.”
“Well, I doubled up on my dose of Tamaflousin,” I said. Tamaflousin is the name for FLOMAX, an alpha-blocker. I always thought alpha-blockers were for psych patients, but apparently they can be used to improve your flow.
“OK, some people do that. I’ll adjust your dose. But I would like to do the laser prostate surgery as soon as possible.”
I agreed it should be done, without any intention of getting back to him on it. I was pretty happy with the way the medication was working, and I’m a great believer in “if it ain’t broke, don’t fix it.”

I wish I was as free as this hawk.

The whole scenario changed within weeks of that meeting. I lost my job, and within a few months, my health insurance. Due to a fluke in the CVS prescription system, I was sent a three-month supply of the pills at the same time I was picking up pills from my local CVS. I took care to fill as many prescriptions as possible before my insurance ran out.
By the fall I was running out of pills, and started having to pay full price for them. I went from paying less than $20 for a month’s supply to paying $171 out of pocket. But I needed those pills, so I paid. I also did nothing to straighten out my uninsured status. I figured I still had refills, I am making some money, and I’ll worry about that when the time comes. Sometime around then I received a letter form my doctor that he was retiring.
The time came two weeks ago, when I discovered there were no more refills, and I had maybe ten pills left. I immediately started taking one pill a day instead of the two I’d been taking for almost a year. I felt the difference right away, and it scared me.
It scared me enough to go to the doctor’s office, it’s a place on 19th Street and 3rd Avenue with a bunch of doctors, and I figured one of them had picked up my doctor’s caseload. I was terrified of what the outcome would be, I imagined sitting there for hours waiting to tell my sad tale to some doctor and then being shown the door.
It actually only took 5 minutes to speak to a nice young woman named Clauda (not Claudia) and she gave me an appointment to see a new doctor the following week. Then she asked,
“Are you all out of medication?”
After I said yes she gave me a week’s supply of samples of another alpha-blocker. Of course she also informed me that it would be $275 to see the doctor, and it would be like a first time visit. I agreed, after all, what choice did I have?
The following day, last Wednesday I went down to the V.A. Hospital to see what kind of help I could get from them. I’d been toying with that idea for months, ever since my medical insurance had lapsed, but had done nothing about it.
I knew I was in their system, I’d been on their methadone program for 9 years a long time ago, and this fall I’d received some kind of card from them that I could use at a private doctor if I couldn’t get treatment within 30 days at the V.A. Hospital. Again, for some reason I expected to be thrown out on my ass (I’m used to that) but what happened was that a very nice woman with very long and elaborately painted fingernails updated all of my information and advised me that I was “Good to go.” Except I have to wait a month to see a doctor.
But at least that’s done, and as they say, it’s better late than never.
Yesterday afternoon I had my appointment with my new doctor, and just in time as I took the very last sample pill in the morning.
He was a young guy, in his late 30s, handsome, blond, and gum chewing. I’ll call him Dr. Girardi, like the guy from the Yankees, on account of he’s Italian also. He was like a more erudite Tony Soprano, with his easy smile and matter of fact manner. We spoke about my history and the medication; he said he’d give me the tamoflusin. The he had me lie down on the table and did the sonogram thing.
“Your prostate is very big. Four centimeters, it looks like.” I think that was the same thing the other guy said, but at least this guy wasn’t making me feel ashamed about it.
“Allright, drop your pants and bend over the table,” he said, donning his vinyl gloves. He did the required rectal exam.
“At least it’s smooth, that’s a good sign. Look, I do a laser surgery right here in the office, I do about 10 of them in a month, and I guarantee you it will help you with your flow. I put the laser up there and remove tissue from the prostate, it’s like coring an apple.” I thought about having Tony Soprano core my apple, and it was a little more appealing than the last guy’s pitch. 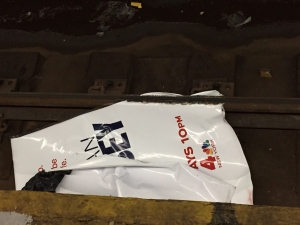 Not quite a cored apple, but you get the idea.

“I’ll think about it,” I said, already knowing I don’t have the money to pay for that procedure.
“You do that, and give me a call. Your prostate is only going to keep getting bigger.” We shook hands, I got my prescription, and left.
Well, at least I accomplished that. Now to see what the V.A. doctor has to say in a month. At least I’ve got a year’s worth of medication on file now at CVS.