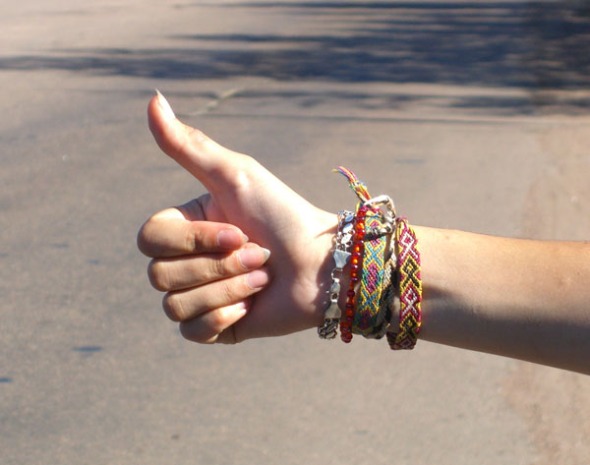 We hitchhiked to the beach one day, I had never hitchhiked anywhere in my life before, and I asked, “is it dangerous?”

We caught a ride on Northern Blvd, and it was a single man in his 40’s, with long curly hair and freckles and suntanned skin in a convertible. 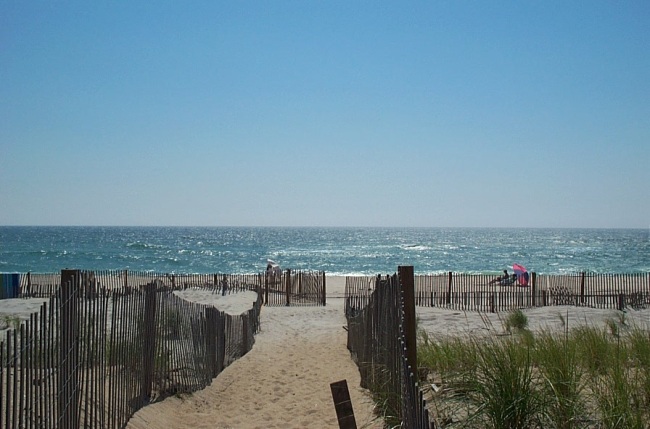 “I’m going to Fire Island,” he told us. We jumped in, I in the front next to him and Elissa in the back with our beach bag. I had never heard of Fire Island, but it was nice. Not crowded like Coney Island or Manhattan Beach, the only other beaches I’d ever been to.

In late July we went to see the Rolling Stones at Madison Square garden, on Mick Jagger’s birthday. Stevie Wonder was the opening act and tried to sing “happy birthday, Mick” during the encore, Satisfaction. 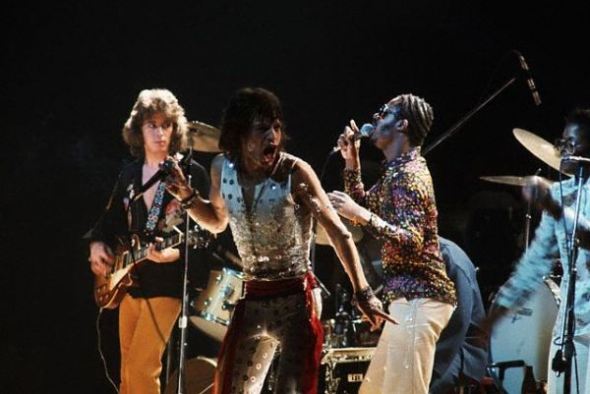 For my birthday in August Elissa gave me a shoulder bag she’d sewn herself, it was mustard colored corduroy with a green satin lining. She also gave me a Paul Klee book and told me my drawings reminded me of Klee’s. I didn’t see how, but I accepted both graciously.

Right after my birthday in early August, we went to visit her aunt, her mother’s sister, who lived in a very fancy new condo near the Brooklyn Bridge in Lower Manhattan. She was a large middle-aged woman with thick dark hair and cat’s-eye glasses. She was a journalist, and she had gone to China with president Nixon for his historic visit the past February, and she had a favor to ask.

“Elissa dear, I’m going to Europe for two weeks starting Friday, and I’d like you to water my plants. Of course you are welcome to spend the night if you like.”

The next two weeks we were there practically every night. It was like dying and waking up in teenage heaven for the both of us. We spent most of our time there naked; we watered the plants and listened to music on her aunt’s expensively loud stereo.

We made love everywhere in the apartment, on our knees on the thick carpet of the living room, on the kitchen counter, and at night out on the balcony looking up at the Brooklyn Bridge, and down to the street 17 floors below. 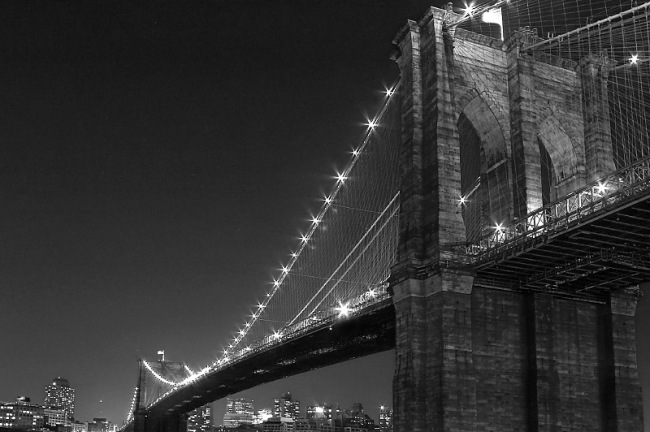 We laughed as we wondered if anyone going over the bridge in a car could see us, if we were going to cause any accidents.

One day we went out to Bayside, and her mother greeted us in the kitchen. Elissa and I were both wearing shorts, and we had discovered the drawback of having sex on your knees on a carpet: rug burns.

“Oh my, dears; are those rug burns?” Elissa’s mom asked with a knowing grin. I turned as red as the burns on my knees. How did she know? How could she possibly ask us? But there it was. I noticed Elissa coloring slightly as well.

That night, as we lay in each other’s arms in Nadine’s room, I said, “why did your mom say that?”

“Oh, she was just joking around.”

“Does that mean she knows?”

“Of course she knows. Why do you think we get away with doing this in my sister’s room? She makes sure my dad won’t come down here at night.”

That was a revelation. In my house all that was said by my mom was, “be careful. I don’t want to see any big bellies around here.”

September was rapidly approaching and things were starting to tense up. I was going to Pratt, not far from my home, but Elissa was enrolled at the University of Rochester, and she had to prepare. There were clothes to buy, and things for her room to buy. She spent a lot of time with her mother doing these things, and we saw less of each other.

I went out to Bayside for one last visit before she was to leave. I got off the bus and reached the house there were no cars in the driveway. I knocked at the door and her grandmother opened it and let me in.

“Come in the kitchen. I’m watching Lucy. You want some coffee? Some milk? Cookies?”

I declined her offers of food, but sat down at the kitchen table to watch I Love Lucy with her on the 12-inch black and white TV on the kitchen counter.

“Elissa’s with her mother at the doctor’s. They should be home soon.”

I heard a car pull into the driveway and watched as Elissa and her mother got out carrying groceries. I went to the side door to help. They came in and we put the groceries on the counter. Elissa gave me a little kiss, and then her mother addressed me.

“Hello, Xavier, how are you? Do you know where we’ve been?”

“Grandma said you were at the doctor.”

“Gynecologist. We had Elissa fitted for a diaphragm. As you know, our dear is off to school Monday and we want to be sure she comes home safe!”

She said all of this with that knowing little grin she wore all of the time when she spoke to me. She may as well have punched me in the face. I looked at Elissa, who was doing her best to not to color as she put groceries away with sullen determination. She did not return my look.

As we lay on Nadine’s bed that night I had to ask.

“Are you wearing it?”

“Yes. You can come inside of me!” She said this with a grin reminiscent of her mother’s.

We said our goodbyes the next morning at the Flushing subway station. Her mother had driven me and sat in the car as Elissa hugged me at the bottom to the stairs to the 7-train platform.

“Yeah, call me when you get settled in.”

We did talk a few times, and we arranged to meet when she came home for Columbus Day. That was the last time we saw each other. She was quiet and distant, and made an excuse not to come to my house, and did not extend an invitation to Bayside.

A week later I got a letter from her, and she said she’d met and fallen in love with one of her professors. It was all over.

I cried, I punched walls and swore never to talk to another girl again, or at least not trust them. I was heartbroken.

I know now I did not understand what love was yet that summer, the summer I turned 18; and I don’t know if Elissa knew either, but I do know one thing: I have never forgotten her, and I’d bet a million dollars she’s never forgotten me, either.

I like to write, take things apart and put them back together. Also our cat Snookie, turtles, and my lovely wife Danusia.
View all posts by xaviertrevino →
This entry was posted in Uncategorized and tagged birth control, diaphragms, Fire Island, first heartbreak, hitchhiking, learning how to love, love lost, relationships, Rolling Stones tour 1972, sex outdoors, teenage love. Bookmark the permalink.