WHAT TO WEAR TO YOUR OWN EXECUTION 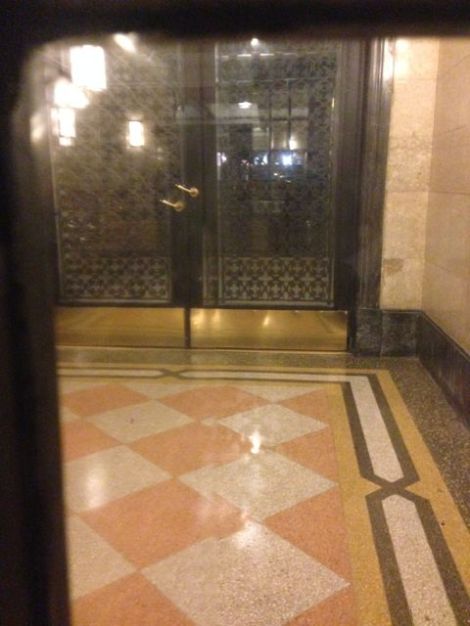 Well, ok, it wasn’t an execution, just getting fired, but it sort of felt like that. I was summoned; I got a call Wednesday morning from some functionary at the union telling me to be at the management company’s headquarters at 3p.m. to meet with my union rep and the building agent- the man who wanted to fire me.

I had never even met my union rep; a guy named Donavan (last name), and only briefly talked to him on the phone almost three weeks ago. So much for hands-on representation, no strategy plan, no discussion of options, nothing, just be there. This is what I’ve been paying $70 a month for.

I wondered how I should dress. I wished I had a tee shirt the said “FUCK YOU” on the chest, which would have been appropriate. But not very helpful. You should always wait until you get across the bridge before you burn it. I decided on a nice oxford shirt, grey flannel slacks, and shoes instead of sneakers. I was going to wear a tie, but Danusia nixed it, saying, “They don’t deserve a tie.”

I got there early; the office is in some modern glass and steel tower on Lexington Avenue. I got my pass from the front desk and took the elevator to the 33rd floor. The receptionist told me to have a seat. I sat in the little reception area. 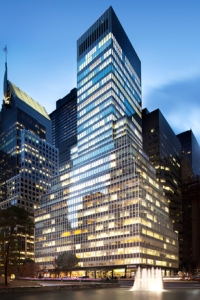 There was another guy there, a Puerto Rican guy around my age in work clothes and sneakers. He sat silently staring off into space, wringing his hands. His brow was furrowed deeply, and he looked like he was waiting to be shot.

I sat down and picked up one of the stupid real estate magazines on the coffee table.

Then my old boss walked in. I’ll call him Cisco for reasons that will only be known to me. He’s a tall beefy Dominican guy, a “white Dominican” by his own reckoning.

“Xavier, nice to see you. I heard you got something published.”

One of the tenants had emailed him that bit of info; I guess they are still in touch.

Cisco was called in, followed by the hand wringer. Donavan was already in there with the agent.

Ten minutes later the hand wringer returned, and he looked even worse, like he was going to cry. Then Cisco came out and left, and I realized the hand wringer worked form him and was in the same pickle as me.

The agent came to the door and asked me in.

Then my boss finally showed up, carrying his bicycle helmet. The Tank rides a bike. I’m pretty sure Cisco took a cab, or at least the bus. 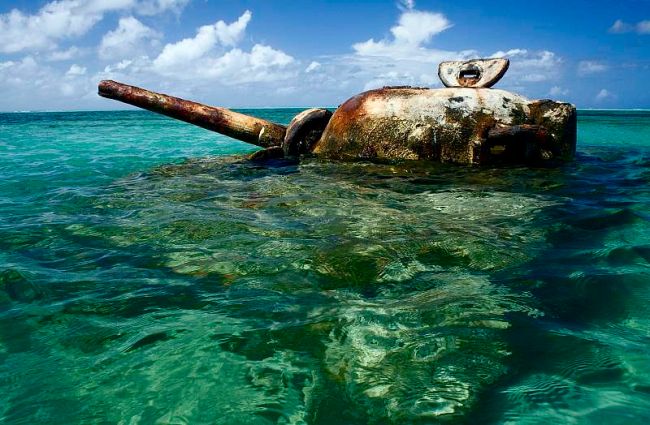 Sherman Tank, what I’ll always think of him as. Imagine that with a bike helmet on it.

The four of us sat there, and the agent said, “I haven’t done one of these since I was the Human Resources man.” I wanted to say, “Yeah, you’re the one who hired me.” But I kept my mouth shut. This whole meeting was about me holding my tongue.

Then he recounted a dramatic scene of how I was sitting on my ass reading the paper when the intruder broke in through the back door. Then it was the Tank’s turn, talking about how his precious family could have been hurt because of my inattention. He couldn’t even look me in the eye. The tank was throwing me under the bus. He could have stood up for me if he wanted to, but he didn’t.

When it was my turn I just said, “The elevator never went to the basement, I always look at the monitor when the elevator moves to see who’s on it and where it’s going. But you’re right, I wasn’t paying attention, I assumed the locks we have are good enough to keep out intruders.” A bad assumption, I’ve learned.

After some more bad-mouthing, I was asked to wait outside. I went to sit with the hand wringer. He looked worse; I was hoping he didn’t have a heart attack from the waiting.

Eventually Donavan, the union rep that I’d met for the first time 30 minutes ago came out. We all went out by the elevator bank to talk.

“You’re OK,” he said to the hand wringer.

“You, they don’t want you back. They’re willing to take it to arbitration.” He said to me.

“What are the options?” I asked.

“They are offering you seven weeks pay and a neutral letter of recommendation, plus unemployment.” I wanted to say it wasn’t their choice whether I get unemployment or not.

“ We could ask for a last chance letter, but if you even sneeze too hard they will fire you. What do you wan to do?” He continued.

“I don’t want to work for anybody that’s going to treat me the way they just did in there. I’ll take the money.”

After 17 years, and as much loyalty as I have in me they were treating me like some kind of evil, malevolent creature who didn’t deserve another chance. That’s corporate America for you. It’s not how well you’ve done in the past; I worked my way up from the night porter to handyman and even ran the building successfully for three months before “The Tank” came, but that was all for naught.

I’ve been fired before, so this is nothing new. I am a big boy and I’ll find something else to do, and I am grateful for the things I learned and some of the people I met and the experiences I had in 17 years in the building industry. But it’s time to move on.

Hey, maybe I can write a book about it! Stay tuned.

I like to write, take things apart and put them back together. Also our cat Snookie, turtles, and my lovely wife Danusia.
View all posts by xaviertrevino →
This entry was posted in Uncategorized and tagged building trades, cheap locks, doorman in NY, getting fired, Job loss, learning experience, loyalty, responsibility, security, starting anew, taking the rap, union, union representation. Bookmark the permalink.

10 Responses to WHAT TO WEAR TO YOUR OWN EXECUTION