FAR AND HARD TO REACH 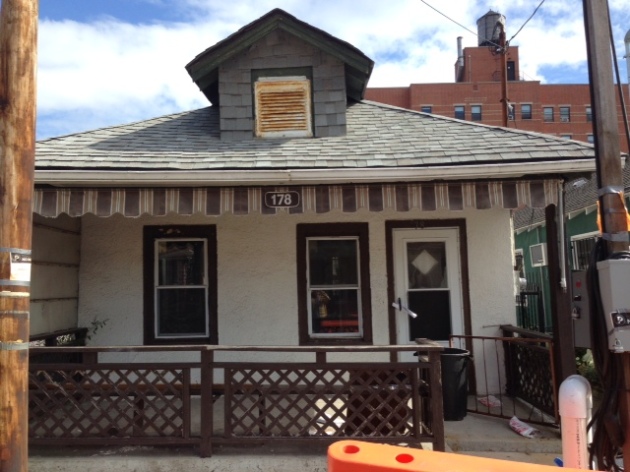 This one’s down the block from the one we tried to buy, but it looks the same.

Well, let me clarify that- the owner of the house was asking 125K for the house, and the appraiser for the bank appraised the house for 80K. Since we don’t have an additional 45 thousand dollars lying around, we are going to have to call it quits.

It’s a great deal, the value will increase and all of that, but it just isn’t going to happen for us. I can’t say I’m deeply disappointed, the thought of riding the A train for almost three hours a day was not heartening. And while my wife, the lovely Danusia loves the beach; I’m not really a big fan of it. Too much water and sand for me, not to mention the sun.

The beach at the end of the block.

I know a couple of real estate people, after all I am in the business in a sense, and they all say the same thing- don’t get emotionally involved in a property when looking to buy. The seller can smell blood. That’s easy for me, I’m a pretty self-centered detached sort of person that looks at the money value of things rather than the sentimental value, and that’s a good thing when buying property. When I first saw the house, with the big hole in the kitchen floor and the damaged baseboard heaters I was not impressed. That, and the fact that the whole house could fit into my 1150 square foot Williamsburg loft apartment with the 12 foot ceiling in the living room made it that much harder to like. But Danusia immediately fell in love with the house, and that set in motion an adventure and learning experience.

We’ve looked at houses before, two in Bedford-Stuyvesant a couple of years ago. One had been abandoned at one point, they were asking $350,000 but it looked like it needed another $200,000 just to keep from falling down. Another was on Lafayette Ave., the street I grew up on, and that was a nice house. It was $550,000, and the VA, which will be underwriting any loan I get, will only cover $240,000. So this Far Rockaway house would have been perfect.

I knew the VA would not approve a loan in the condition the house was in, so we talked about fixing it up to the point where it was livable. The owner said he was out of cash and couldn’t do anything else. He’d had the roof re-done and there was a new bathroom. My wife had some money and we hired a guy to fix the floor and whatever else needed to be fixed. Once I turned on the water I found out it was quite a lot. The baseplate of the water meter was cracked, probably froze after the hurricane. There were also numerous burst pipes in the house, notably one in the kitchen ceiling and two on the baseboard heating elements. I paid the contractor an extra $100 apiece to buy and install new ones.

The big hole in the kitchen floor.

The burner and hot water heater were new, and they were in a shack out in the back. There was a burst pipe in the feed line to the burner as well. The contractor fixed that too. We were ready to schedule an appraisal. 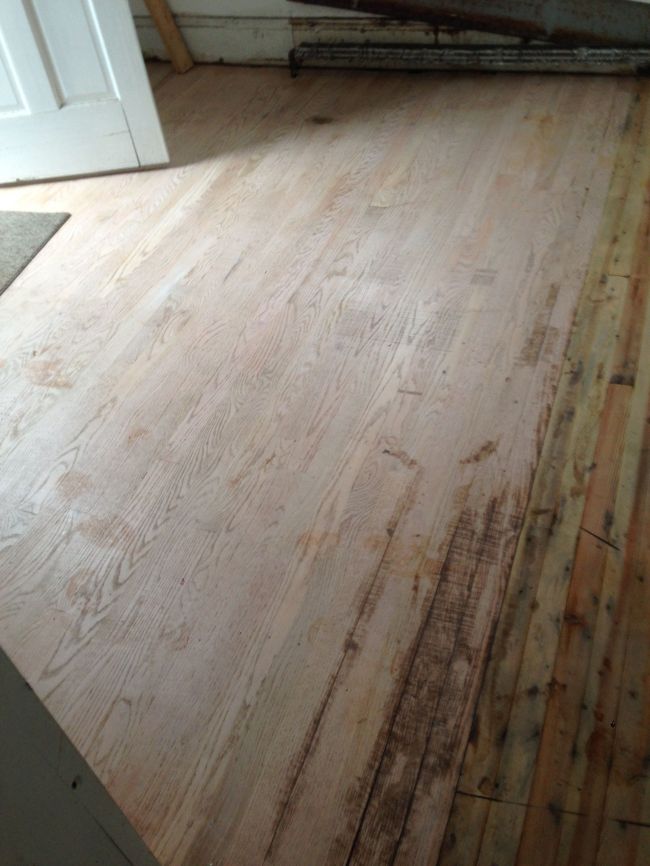 After the contractor fixed it. Nice job, huh?

Danusia had found a nice banker at a Chase bank near her job, in the Village; a guy named Glenn. I went to my union and consulted a lawyer, Jim. Great thing about my union, free legal advice. Jim talked us through the whole process, and gave us good advice. He drew up the agreement where we fixed the house and would get the money from the owner in the event we did not get the mortgage. There were lots of paper signing and phone calls and long trips out to Rockaway Beach, including one where I had a friend help me take a GE washer-dryer to the hose. A tenant in the building had moved out and given it to me. Then came the appraisal. I took the long train ride out to meet the owner and the appraiser, who looked around, took pictures, and asked questions. A week later the bank called with the bad news.

One of the new heating elements and the floor with poly on it.

The owner sent us an email where he said the house would increase in value, that the banks were unfairly undervaluing property, etc. But in the end, we just don’t have the extra money to get in on this golden opportunity. Some people like us, we gotta work.

So, I’m sad that we missed out on an opportunity to own property that will one day increase in value, but glad I don’t have to move into a tiny place that could fit in my present home. Danusia’s been looking at condos and co-ops now. I like that idea better, but it would be wonderful to find a house in Bed-Sty or Crown Heights.

Best of all, I learned that far from daunting, buying a house is just a little tedious, with all the paperwork and meetings and such, but not impossible. It does, however come with a price tag. I spent $525 on an engineer’s report (he said the house was practically falling down) and another $325 on the appraisal. Plus the $200 I gave the contractor for the heating elements and the $45 for the water meter bottom plate I went and bought myself on the Lower East side. That’s money I will never get back.

Not the actual machine, but it’s the same model, less than 4 years old.

But hey, if anyone’s interested, I’ve got that washer dryer. It costs around $1500 brand new. I paid $100 to get it out there, and we can talk about how much it’s worth to you.

I like to write, take things apart and put them back together. Also our cat Snookie, turtles, and my lovely wife Danusia.
View all posts by xaviertrevino →
This entry was posted in Uncategorized and tagged Buying a house in NY, Far Rockaway bungalows, fixer-uppers, GE washer-dryer combos, home loans, house appraisals, Rockaway beach, urban adventures. Bookmark the permalink.

4 Responses to FAR AND HARD TO REACH