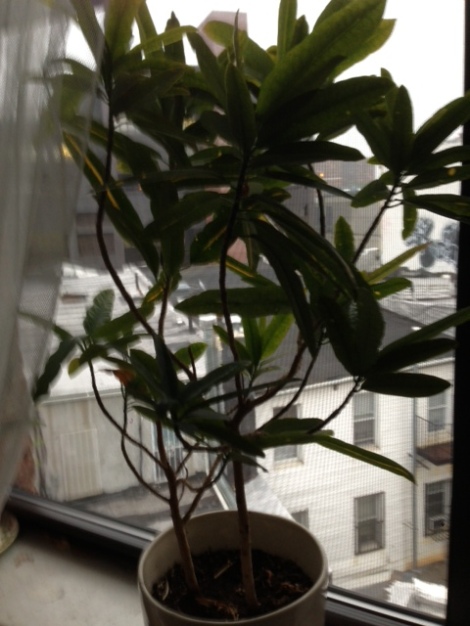 Thirteen years ago this September, I put my Dad in a nursing home. He was 90 and had a lot of health issues, and his doctor kept telling me there was no way I could hold a full time job and care for my dad. So I did it, feeling guilty but at the same time relieved not to have the responsibility of caring for him.

One of the things he had in the apartment in Hell’s Kitchen that I kept was a dresser, and an antique at that, that my father had kept a bunch of plants on and had ruined by overwatering the plants. 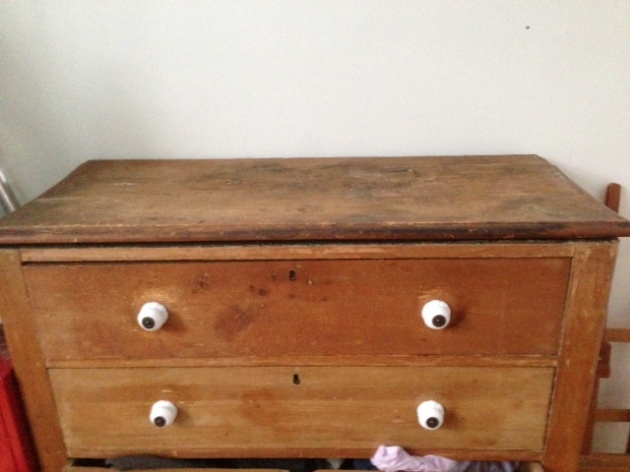 When I was forced to move out of the apartment a couple of years later, I took the dresser but gave away the plants to the girl who lived upstairs, I’ve never been a green-thumb sort of guy. I would just forget to water the plants and they’d just die.

My first wife had a green thumb, she got an orchid to bloom in Brooklyn, and grew a pretty decent avocado tree until she ran out of big pots and it died.

I actually bought a plant one day; a tiny little thing that cost $3 at the local Food Bazaar, a monster of a store that caters to fat people on Manhattan Avenue. I figured Danusia would take care of it anyway.

After the first time she came with me to visit my dad in the nursing home, she declared:

“Your father needs some green. There is no green in his room.” Danusia grew a cutting from the Food Bazaar plant, potted it, and the next time we went up to the Bronx to see my dad she presented it to him. He seemed pleased with the plant, but in his heavily medicated and demented state he seemed pleased about anything.

The plant grew, and one day I asked one of the nursing home staff who was watering the plant, I’d expected that it would die for lack of care.

“He does. Your dad, he gets cups of water from the bathroom and waters it every day.”

I took to calling it “The dad plant.”

The dad plant flourished in my father’s otherwise depressing little room in the nursing home, it grew and brightened the room a little, and made him happy, I suppose, since at that point he was in a world all his own and didn’t make much sense when we spoke.

Four years ago, on August 10th 2009, I received a call from my brother in Florida, and he told me our dad had passed away up in the Bronx. He was 97. They couldn’t reach me so they called him.

Just seconds later, I got another phone call from a friend asking me if it was true Andy the skateboarder had died, Andy being a mutual friend. I was in a daze and replied that it was my dad who’d died, though I later found out Andy had indeed died the previous day, the 9th, of a bee sting in Montauk. I knew Andy was allergic; I’d taken him to Beth Israel hospital once because of an allergic reaction to Ibuprophin. 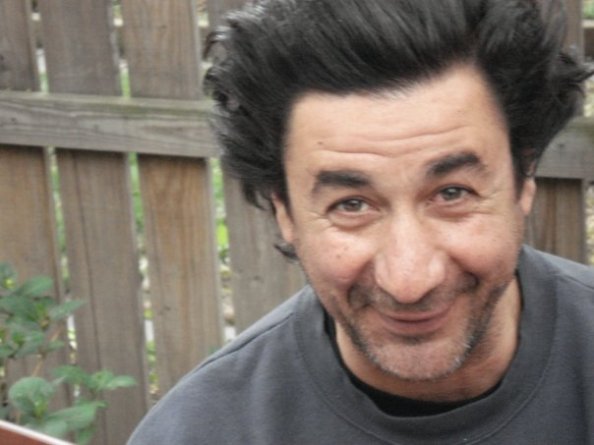 The last picture I took of Andy

Danusia was in Poland they day my father died, and fortunately for me my son Javier was in New York for the summer, so at least I had one person to share in the grief with me.

Javier had known Andy too, Andy had given him a custom made skateboard when he was12. After a viewing for the two of us, I had my father quietly cremated without a funeral. There was no one to attend it anyway.

Andy’s funeral was huge, there were probably 300 people standing in the sweltering August sun as he was laid to rest somewhere in New Jersey. I thought of my dad and said a prayer for both as Andy was lowered into the ground.

I had to go to the nursing home one more time, to pick up my father’s belongings and sign some papers. The social worker handed me two black garbage bags of books, clothing, and personal effects. There was no sign of the plant. I took the books and his papers; I donated the clothing to the nursing home, and didn’t ask about the plant. Hopefully some staff member took it home; or better still, put it in someone else’s room.

We still have the original plant that I bought, and when I look at it I think of my dad and Andy, and I’ll always think of it as “the dad plant.”

I like to write, take things apart and put them back together. Also our cat Snookie, turtles, and my lovely wife Danusia.
View all posts by xaviertrevino →
This entry was posted in Uncategorized and tagged Andy Kessler, death, green thumb, grief, grieving, nursing homes, nurturing, relationships. Bookmark the permalink.

8 Responses to The Dad Plant