The House On Mink Hollow Road

The other day I came across a name on facebook- it was on another friends comment, one of those so and so via so and so things, and I recognized the other person’s name, or at least part of it.

I got in touch; I asked are you related to so and so? And she replied yes, he was my ex-husband. It was a guy named Gary Windo, her name is Pamela, and she still keeps his name. When I met him he was married to someone else.

Gary passed away sometime in the 90’s.

I met and hung out with him in the 80’s. He was a musician, a saxophonist; but he was much more than that. He was the leader of the pack, the pack I belonged to at the time.

I did a lot of things with Gary and the other wife, mostly drugs, but the most memorable thing we did was spend the Memorial Day weekend in 1987 at Todd Rundgren’s house in Bearsville, NY.

Gary invited us, but our friend Laura was the one who drove us up there that weekend. Laura’s husband was in a rehab and she desperately needed company, and my wife Kathy and I were more than happy to oblige. We drove up to Bearsville in a car Laura had borrowed from her mom, listening to Prince all the way.

We got there, and Gary and his wife Ellen were waiting for us, especially me, since I was bringing the goodies.

I was excited, when I was in high school I really loved Todd Rundgren, I had the “we Gotta Get You A Woman” single that I would play incessantly hoping it would get me one when I was 16.

A few short years later I was in awe when I discovered that Todd hung out at Max’s Kansas City, just like me! And he was a big NY Dolls fan, just like me! I didn’t realize he was so tall, made even taller by the high-heeled boots he wore; I guess all of the men who were fans of the NY Dolls wore platform shoes at Max’s.

Todd also had green hair, and wore sort of glittery clothes. He fit right into the scene. 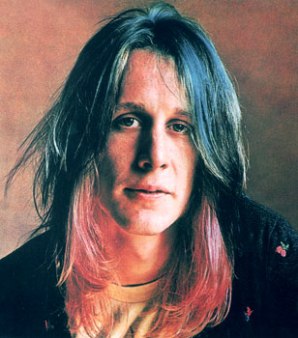 But Todd was not there that Memorial Day weekend, just me and Kathy, Gary and Ellen, Laura, and a guy I didn’t know with his wife and 4-year old daughter.

The guy was one of the Psychedelic Furs, I don’t know which one since I never really cared for their music. But he had the cutest little 4-year old.

Kathy was pregnant at the time, and the little girl was obsessed with Kathy’s belly.

I remember sitting out by the pool, and the little girl kept asking Kathy questions, like “When is it going to come out?”

“Can you feel it swimming around in there?”

“Can I listen to your belly?”

Kathy was a good sport about it and let the little girl put her ear to her belly and feel the baby kick. At one point the little girl insisted on going in the pool, though it was unheated and was still pretty cold. She came out shivering and crying soon after.

That weekend was the first time I ever watched “The Gods Must Be Crazy.” Gary rented the movie in town and insisted we all watch it together. I liked the movie so much I bought the cassette when we got back to Manhattan.

That was the thing about Gary; he would discover things and share them. He gave me a book about the Kray Brothers, London gangsters in the 60’s. The book was made into a movie in the 90’s. He also turned me on to William Kennedy, he gave me “Ironweed” and I’ve read every book of his since.

Before we left for the city, Gary even started giving me some of Todd’s belongings, declaring, “Todd never wears this stuff anyway.”

It was a shopping bag full of stuff, Gary was very generous with things that weren’t his; but the only thing I remember of the bagful of stuff was a pair of boots.

These aren’t the boots, these are mine, but very similar to the boots Gary gave me.

Unfortunately, since Todd is well over six feet tall I think the boots were a size 13, so they didn’t fit. Oh, I tried; I stuffed paper in the toes and put them on my size 10 ½ feet- to no avail.

I kept them in my closet and would show them to people, until finally a friend said, “those are really Todd Rundgren’s boots?” I said yes. He tried them on, and though his feet weren’t much bigger than mine, he had to have them.

I like to write, take things apart and put them back together. Also our cat Snookie, turtles, and my lovely wife Danusia.
View all posts by xaviertrevino →
This entry was posted in Uncategorized and tagged Bearsville, Gary Windo, humor, Kray brothers, Max's Kansas City, NY, NY dolls, Psychedelic Furs, relationships, theft, Todd Rundgren. Bookmark the permalink.